Bamboo Mountain Bike Cross country bike designed for use with 80 mm travel fork. 100 mm can also be used. Available in 26" and 29" wheelsizes. (see chart below) This bike is more crash tolerant than a carbon mountain bike, which is why we have not offered carbon mountain bikes to the general public. Craig Calfee's website
1 comment
Read more

Time to get naked!

The Naked Goods Here at Naked, we can build you any type of bicycle you want and make it fit perfectly. What ever your needs are and painted with your favourite colour pattern too. All this finished off with finest mix of components you can afford.Here is the selection of products and services we offer: Bicycle Frames Build Kits Handlebars, Stems & Forks Alterations & Repairs S&S Couplings Paint more...
Post a Comment
Read more

Petition Google to add "Bike There" Directions to Google Maps

To: Google, and the Google Maps team We would like a 'Bike There' feature added to Google Maps - to go with the current 'Drive There' and 'Take Public Transit' options. The feature would take into account actual bicycle lanes from the locality being mapped, and it would automatically plan a route for a bicyclist, possibly even providing the cyclist options for either the most direct route, or the most bicycle-friendly (safest) route. The Google Maps-based third party site, byCycle.org (http://byCycle.org/), provides these features for two metro areas - Portland, Oregon and Madison, Wisconsin, and there are countless other mapping initiatives around the world aimed at accomplishing the same goal. We hope that Google will consider building this feature into the core Google Maps service. There are many reasons why this feature would be a wonderful edition to Google Maps. Among them, some of the most influential would be to: * Make bicycling safer for millio
Post a Comment
Read more

By Columbus Rides Bikes - January 10, 2009
Winning Campaign Trainings are for leaders of state and local bicycle and pedestrian advocacy organizations: Board members, staff and super volunteers. This winter Thunderhead Alliance is partnering with the Indiana Bicycle Coalition and the North American Handmade Bicycle Show to bring our signature Winning Campaigns Training to Indianapolis, IN. Join your fellow bicycle and pedestrian advocacy leaders to learn from expert coaches and each other through the Alliance's proven curriculum on choosing, directing, and winning campaigns to increase bicycling and walking. After three days of fun and inspiring work with the country’s leading experts in advocacy, you’ll come away with the tools and confidence to not only advocate for improvements, but win them! You’ll learn how to: Choose the right issue; Set realistic but visionary goals, choose the best strategies and tactics, and stick to timelines; Map out the power structure in your community, support and leverage allies, neutralize
Post a Comment
Read more

Portland VeloSwap - Too far of a drive, but a great idea!

This weekend! Book your space today! January 10th - 9am - 5pm - $3 Welcome to the 1st annual Portland Veloswap. It's a bike bargain hunter's paradise with up to 100 vendors under one roof! Expect great deals on all things bicycling, new and used. As if that weren't enough, come socialize with like-minded bicycle enthusiasts and enjoy food & drinks at Roots Organic Brewing (1520 SE 7th Ave, just south of Hawthorne St) in Portland, Oregon. This is an all ages event. Bike parking available provided by Bike Racker. Cycling in the winter may be for the hardened and seasoned cyclists, but for some that means clearing out the old parts, upgrading, or selling the past seasons cycling gear. The 1st annual Portland VeloSwap on January 10th, 2009 from 9am-5pm at Roots Organic Brewing located at 1520 SE 7th Ave is the event for you. Admission is $3 (16 and under free) with your paid admission you get $1 off your food or drink at Roots. Throughout the day there will be up to 1
Post a Comment
Read more

Bikesnob NYC Blog has Columbus Alive in a quiz question

I Love Riding in the City NAME: Jade Tran LOCATION: Columbus, OH OCCUPATION: Grad Student Where do you live and what’s it like riding in your city? In Columbus, the bike scene’s getting bigger. It’s awesome to see that more people are riding—from cruisers to teched-out road bikes, and everything in between. There have been some great initiatives in Columbus that are getting people to ride bikes, and also educating them about safety and maintenance. What was your favorite city to ride in, and why? I like riding in Chicago a lot—maybe it’s just because I love the city itself and the fact that there are bike lanes. Or maybe it’s the lack of hills...regardless, it’s super fun. Why do you love riding in the city? It’s a challenge—there’s always so much to pay attention to—and you feel good dodging traffic and getting where you’re going that much faster. The site is here... Editor's Note: I want to thank Urban Velo for pointing out I forgot the link back to their site. I usu
1 comment
Read more

This issue features Cycling on the High Road Boston Bike Renaissance Boston’s Bikes Not Bombs SCUL - Boston's Chopper Armada How to Tame Motorists & Restrict Car Use The Well-Tempered Cyclist A Match Made in Bike Heaven magazine is here...
Post a Comment
Read more

By Columbus Rides Bikes - January 07, 2009
GO to wcrsfm.org and click on the Programs tab, the click on Cranksters, and then Listen to program. Three pages of 27 episodes over 13 months are available for your learning and enjoyment on a variety of cycling topics. I was highlighted on one of the episodes... You will need to listen to all the episodes to find out which one.
Post a Comment
Read more

Best Mode of Transportation of 2008: Biking By Walker | January 6, 2009 10:30am | Filed under Transit | Comments The most popular form of transportation in 2008 was also one of the most controversial subjects on Columbus Underground: Biking. more here... Editor's note: Bike the C-Bus 2009 is tentatively scheduled for August 29, 2009. Bike the C-Bus website is here...
Post a Comment
Read more

'Columbus aims to be 'best bicycling city in the country'

By Columbus Rides Bikes - January 06, 2009
By EILEEN RYAN Published: Monday, January 5, 2009 3:47 PM EST Columbus City Council has laid the foundation for the future of city sidewalks and bikeways. Legislation passed last month resolves conflicts within the Columbus codes, brings the city into compliance with 2006 changes to Ohio law, and sets the legal framework for behavior by drivers and bicyclists, said Public Service Director Mark Kelsey. Since 1993, Columbus City Council has adopted a number of ordinances that have to do with sidewalks and bikeways. It voted to express support for Complete Streets in July and adopt the Bicentennial Bikeways Plan in June. more from Columbus Local News.
Post a Comment
Read more

Shimano Dura-Ace 7970 Di2 Perfect shifting, electronically For years, the increased accuracy, smoothness and reliability of electronic shifting has been perhaps the ultimate goal for high-performance-bike designers. After several companies’ attempts failed—suffering from breakdowns in bad weather, poor battery life or unbearable complexity—Shimano’s Dura-Ace Di2 has finally delivered it. The Di2’s black carbon-fiber setup looks traditional, but what appears to be a standard shifter is actually a switch that sends gear changes via a wire to sensors in the front and rear derailleurs (the parts that guide the chain up and down the gears). A CPU in the front derailleur, in turn, signals motors that move the chain across the bike’s front and rear cogs. Steel cables, a source of frustration in shifting, have been eliminated. They probably won’t be coming back. The electronic system makes gear changes faster and virtually eliminates missed shifts, which can interrupt pedaling rhythm or eve
Post a Comment
Read more

Andy writes: This is all your fault, you know: a bike-riding forum I hang out on had a “check out these science tattoos!” thread, and it got me to thinking: what bicycle science tats are there? I’d just celebrated my 25th year in the saddle and was jonesing for some ink. For ages I struggled to find something that abstracted the kinetics of bikes down to a couple of lines - with no success. Then I found the power equation in MIT’s _Bicycling Science_ (and Wikipedia). It describes the power needed to propel a bike against our everyday foes: gravity, weight, friction, wind resistance. And it describes beautifully the way that the linear components of the resistance give over to the fat slamming wall of wind resistance. So, of course, I got it tattooed on my calf. :) Thanks for the album. The passion of nerds is just as intense as the passion of everyday folks, and it’s great to see more of ‘em out there. Carl: We have crossed a threshold here at the Science Tattoo Emporium. People used
Post a Comment
Read more

By Columbus Rides Bikes - January 05, 2009
January 5, 2009. Columbus, Ohio. WCRS, Columbus’ Community Radio Station and a Service of Simply Living began streaming its signal on the internet at midnight January 1, 2009. This new service simulcasts the radio station’s daily 13 hours of FM programming and will offer web-only broadcasting for the additional 11 hours of the day at www.wcrsfm.org. WCRS is a time-shared, low-power radio station, broadcasting at two frequencies, 102.1 and 98.3 FM. Its signal covers most of Columbus and Franklin County. This new streaming service at www.wcrsfm.org is available to anyone around the globe who has broadband internet access. Streaming will increase awareness and availability of WCRS.. WCRS offers hours of locally produced programs on a variety of topics and issues both in Central Ohio and across the globe and also serves Central Ohio’s Somali and French speaking population with programming in those respective languages. WCRS also broadcasts and streams award winning programs like Dem
Post a Comment
Read more

The Blog must go on!

By Columbus Rides Bikes - January 04, 2009
Dylan rode his "Goat" on the HATTARICK. We swapped bikes for a couple of miles. I didn't know what to expect with such a long wheelbase, but it handles well and is very stable. Very cool bike.
Post a Comment
Read more

The Toolbox at Cycle Path 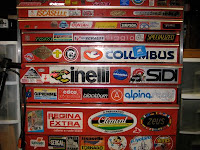