The Road to Mont-Blanc

At its annual meeting last week, Northeast Ohio's transportation and environmental agency, NOACA , brought a new emphasis to the area of its mission that would build a "sustainable transportation network.” “Multi-modal assets give people meaningful transportation choices which equals freedom,” said NOACA Executive Director, Grace Gallucci. “A network of infrastructure that gives cyclists more mobility would also bring more safety to pedestrians. We’re committed to building an 80-mile bikeway” in Cleveland. What would have sounded impossible a few years ago suddenly could be in the realm of the possible. Bikes and transit are being considered a real form of transportation in a region and state that has long treated them as afterthoughts. [Keep reading at  gcbl.org]
Post a Comment
Read more

Love 'em or hate 'em, full-suspension e-mountain bikes are becoming increasingly common on trails around Europe. Last summer, the French-Swiss  Portes du Soleil  region opened the largest linked network of electrique VTT trails in Europe—350 km of tracks graded from green to black, with nine charging stations and a dedicated e-mountain bike trail map. And since 2013, bike shops in the region have purchased more than 100 electric mountain bikes to stock their rental fleets.  The goal? To attract new visitors. “[E-mountain biking] is good for families and groups of friends, so they can all stay together when they ride. It’s also good for people who want to try mountain biking for the first time,” says Bruno Robinet, project director at the Office of Tourism in Morzine, France.  [Keep reading at  OutsideOnline]
Post a Comment
Read more

News of progress into the death of a bicyclist was welcomed by cyclists who use their bikes for transportation and not just leisure, much like 27-year-old Phillip A. Bishop did before he was killed Friday night.on Brackenville Road in Hockessin. The PureBread deli supervisor usually rode his bicycle to and from his work in Greenville to his home in Stuyvesant Hills, less than a mile from the crash scene. Rob Pfeiffer, who knew Bishop and often commutes from his Wilmington home to his job in Greenville, said Monday he was confident police would find the suspect and help bring closure for Bishop's family. He hoped the eventual arrest would send a message to others about bicyclists. [Keep reading at delawareonline.com]
Post a Comment
Read more

Cyclist Alex Hennessy is accosted by a robber at gunpoint in Argentina. Photo is a screen grab from the video Mike Graziano and Alex Hennessy are attempting to visit 195 countries in 60 months and are chronicling the adventure in videos posted on YouTube. “I believe people are good everywhere,” Graziano says in Episode 1. “It doesn’t matter which country they’re from. So I’ve got to go see if that’s true.” Well, that wasn’t exactly true in Buenos Aires, Argentina, where Hennessy was accosted at gunpoint while riding a bike through a rough area of the city. Naturally, the film school graduate caught the entire episode on video and posted it Tuesday on their YouTube Channel,  Global Degree TV . “While it’s not our proudest footage, it certainly is jaw-dropping,” they  wrote on Facebook . “Watch Alexander Hennessy get robbed at gunpoint in broad daylight during a bike tour in Buenos Aires, Argentina.” [Keep reading at GrindTV]
Post a Comment
Read more

Talking About Bikelash In Your City

By Columbus Rides Bikes - September 16, 2014
Talking About Bikelash In Your City from STREETFILMS on Vimeo .
Post a Comment
Read more

Photo by Walker Evans. Last week, the Mid Ohio Regional Planning Commission (MORPC) released the latest list of the  most dangerous intersections  in Central Ohio. There were no major surprises with the 40 intersections that were called out as the most high-crash areas, but a deeper look at the data reveals a bit of an urban/suburban divide. In fact, no Downtown intersections made the list, while the majority of the most dangerous intersections can be found closer to the city’s outerbelt than to the urban core. [Keep reading at Columbus Underground]
Post a Comment
Read more

Getting Doored by a Taxi at Union Square 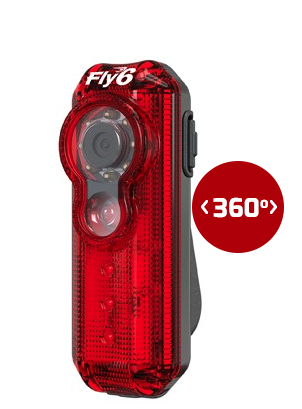