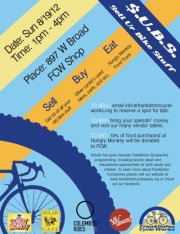 Join us for our second Swap Meet to raise funds for FCW! 1. Buy a vendor spot and sell all your bike stuff that's been sitting in a box in your garage waiting to be put to use. 2. Come and shop around for great used bicycle parts that may be just what you've been looking for 3. Come buy food from Hungry Monkey Food Truck (I recommend the Wyatt Earp and Banana Pudding!) 4. Come and buy a coffee from Solar Coffee and learn about how they use solar power to make every delicious cup! Vendor spots are $20 each. If you register for a spot before August 10th, they are only $15 each! Email info@franklintoncycleworks .org to claim a vendor spot as soon as possible! Proceeds from vendor spots and portions of proceeds from Hungry Monkey and Solar Coffee sales benefit Franklinton Cycleworks! So come on down even if you are not shopping for bike parts! [Facebook event]
Post a Comment
Read more

YAKKAY - build your own helmet 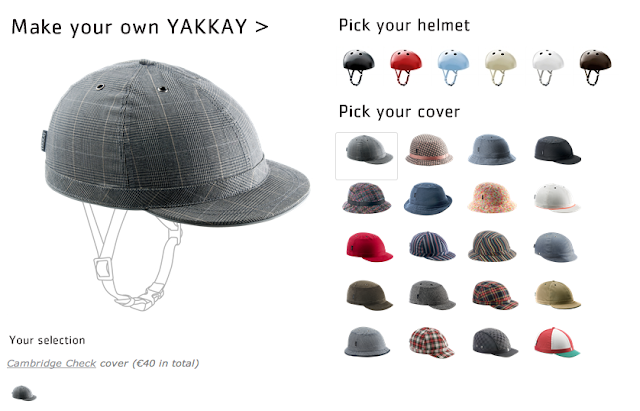 Select your favorite YAKKY Smart Two helmet. Add a cover that fits your personal style.  Change the color of the helmet and change the cover.  YAKKAY is the worlds most awarded helmet - made for you to look stylish. YAKKAY bicycle helmets unite safety and appearance. The design awarded concept makes your look personal and stylish. YAKKAY is tested according to international standards.  Want a new look? Don't change your helmet, just change the cover. [more at YAKKAY]
Post a Comment
Read more

The Space Horse is the most versatile bike in the AC lineup. It can handle front and rear racks, fenders, and has clearance for 42c tires.  It also has our new custom semi horizontal dropouts which allow it to be set up geared or single.  This bike was made to get you into and out of trouble,  to be your companion on exploration missions and all day benders,and to get you and your stuff around as quickly as possible. One of the coolest aspects of the Space Horse project was getting the opportunity to design our second signature dropout.  Knowing that we wanted to allow the bike to be used single or geared and designing around fenders, meant that the obvious choice was a semi horizontal. Now semi horizontals are great for allowing single speed use, and unlike rear entry dropouts they don't require the rider to remove the rear fender to change a flat.  But we've always felt that the design has a few shortcomings, so we got in there and designed a semi that acts more like
Post a Comment
Read more

By Bill - August 17, 2012
Steven Jordan, a division director for the state Department of Health and Human Services, was killed on July 4 in the afternoon while bicycling in the rightmost lane of Louisburg Road near Perry Creek Road in Raleigh. Louisburg Road at that location is three lanes in each direction, with driveways and traffic signals that result in slow or stopped vehicles. Delays are expected. Jordan, 49, was struck from behind by a truck driver who told police that “...he was not able to move over into the center lane due to vehicles in that lane,” according to the police report. The police report also shows that his original speed was 35 mph and the speed at impact was the same 35 mph. Jordan, the bike rider, was estimated to be doing 15 mph. Rather than slowing to the bicyclist’s speed – or slowing at all – the truck driver attempted to pass in the same lane at relatively high speed differential. Had the vehicle in front instead been a 15 mph car turning into or out of a driveway, or startin
1 comment
Read more

This Is How We Ride By DAVID BYRNE

THIS summer the city’s Department of Transportation inaugurates a new bike-share program. People who live and work in New York will be able to travel quickly and cheaply between many neighborhoods. This is major. It will make New Yorkers rethink their city and rewrite the mental maps we use to decide what is convenient, what is possible. Parks, restaurants and friends who once seemed beyond plausible commuting distance on public transportation will seem a lot closer. The possibilities aren’t limitless, but the change will be pretty impressive. Multimedia David Byrne: Live on Two Wheels Enlarge This Image Josh Cochran Readers’ Comments Readers shared their thoughts on this article. Read All Comments (245) » I’ve used a bike to get around New York for decades. There’s an exhilaration you get from self-propelled transportation — skateboarding, in-line skating and walking as well as biking; New York has good public transportation, but you
Post a Comment
Read more 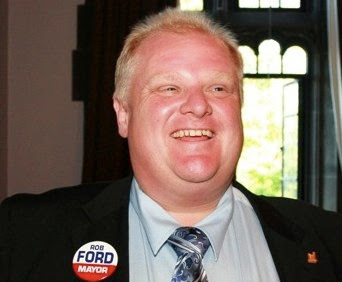 Seriously, Why Not Just Spell It "Wensday?" I Mean Come On. I used to think the United States in America was the world's bestest country in the world.  But then I got older and learned about this place they have up north called Canada, and it turns out that Canada is beating us at everything.  Their Pacific Northwest is more smug and weed-addled than our Pacific Northwest.  Their French-speaking population is vastly more pretentious than our French-speaking population.  And the Mayor of Toronto, Rob Ford, is a bigger idiot than any big-city mayor we have down here in Canada's scranus: (I will heretofore refer to Rob Ford as "Robs Fords," as his considerable girth technically qualifies him as plural.) If you recall, Fords had the following to say on the subject of cyclists: "And what I compare bike lanes to is swimming with the sharks. Sooner or later you're going to get bitten," said Ford speaking in 2010 as a Toronto city cou
Post a Comment
Read more

A special fold up shoe designed for bikers and other athletes when they need a "Brake". The product that gives your feet a "Brake" when you stop for a "Brake." Stow in your jersey when you stop to shop, eat or browse. Slip off the clip ons - Slip on your FOOTbrake.  Two women out biking with their friends in Napa were enjoying the rides. The scenic stops for meals and wine tastings were terrific, except for one thing, the discomfort associated with walking in clip-ons. What could be done to leave the clip-ons with the bike, walk in comfort during the stop? So the solution emerged, a light weight fold up shoe that could fit in a biker's jersey pocket. [See more at FOOTbrake]
Post a Comment
Read more

By Bill - August 16, 2012
By:  MIKE BOWERSOCK   |  NBC4   Published: August 15, 2012 »  3  Comments   |   Post a Comment COLUMBUS, Ohio -- Tamarack Circle is suddenly more of a roundabout. The roadway has been reduced from two lanes to one, with a bike path next to a parking lane. A lot of drivers are either ignoring the new pattern, or are simply confused. “I don't know what they're supposed to be doing with it," said motorist Susan Busch. During the time when  NBC4  crews were watching, drivers were in the parking lane, the bike lane, and some drivers took their half out of the middle. "I think it's very dumb the way they have it set up," said Gloria Ridenbaugh who lives nearby. No project or change can please all the people all the time, but the project doesn't seem like its pleasing anyone -- at least anyone who spoke toNBC4. "Most of us did not know anything about it. I have heard that a couple of business owners were approached, I don't kno
Post a Comment
Read more

What’s It Like to Bike to Work on Separated Lanes? “Awesome.” [Streetsblog]

Dottie at Network blog  Let’s Go Ride a Bike  has had an experience I think most of us would envy. A new separated bike lane in Chicago makes one woman's commute a joy. Photo:  Let's Go Ride a Bike Recently Dottie had a chance to bike to work on a route of fully and partially separated infrastructure, thanks to Chicago Mayor Rahm Emanuel’s campaign to add 100 miles of buffered cycle lanes. So, what’s that like? I love it! Biking down this wide industrial road with fast traffic is now easy as pie. Bikes have their own area and cars seem to respect it. Intersections and parking lot entrances are marked with green paint to remind drivers to watch for bicyclists. Some stretches of the lane have car parking to the left, providing real protection from moving traffic. After a while, the separated lane ends and turns into a buffered lane, which is also new. Although this design forces bicyclists to watch out for opening car doors and cars pulling out of parking spa
Post a Comment
Read more

SAVE RECREATIONAL TRAIL FUNDING IN YOUR STATE!

Have you ever enjoyed a nice, invigorating bike ride on a scenic rail-trail or rolling section of singletrack? Do you wish you had more trails like this closer to where you live or work? If you answered yes, then you will want to take action today. State Governors are now allowed to opt out of receiving funding for these trails (through a program called Recreational Trails), due to a change in the recently updated federal transportation bill. We’re contacting you because there’s a chance your Governor may refuse to receive this funding for recreational trails in your state —trails that boost local economies, keep people active, and enhance your personal health and well-being. We are working with our partners the International Mountain Bicycling Association and the Coalition for Recreational Trails to make sure your state doesn't lose these critical trail funds. Please take a moment to send a strong message to your Governor to protect these trails  using this
Post a Comment
Read more

Tour some of Columbus' most exciting urban growing operations! Choose from one of three exciting tours with a route for every level of experience: the "Watermelon" route (19 miles), the Eggplant route (9 miles), and the Cherry Tomato route (3.5 miles). Site visits will include a variety of growing operations in Columbus, including several Local Matters' Growing Matters sites! All tours will begin at Goodale Park and will conclude at Godman Guild for a delicious picnic lunch with food provided by Chipotle, Jeni's Splendid Ice Cream, Two Caterers and Snowville Creamery.  As part of Year of Yay, all garden tours are free for all Yay Bikes! members. Members are invited to attend the picnic lunch after the bike ride and may purchase a ticket for a reduced price of $15. Three routes are available for this ride. [REGISTER HERE] The Watermelon – Moderate/Hard, Distance 18 miles : A longer route that is more for the bicyclist who wants to see and hear about urb
Post a Comment
Read more

Open car doors present a common risk for cyclists. Photo: Brock Perks Bike lanes across Melbourne are being redesigned in a bid to encourage cyclists to steer clear of parked cars to avoid serious injuries in having doors opened on them. Traffic engineers in several councils are working on plans to put buffer zones between parked cars and bike lanes, to move riders away from the risks of opened car doors. Melbourne City Council has started works in Clarendon Street, East Melbourne, to create a 60-centimetre separating strip between car parking and bike lanes, with plans to upgrade eight other routes. Boroondara and Stonnington councils are also understood to be pushing for the traditional green-painted bike lanes to be narrowed and moved away from parked cars on roads, including Chapel Street and Glenferrie Road, which are notorious for so-called 'dooring' incidents. Advertisement Boroondara environment and infrastructure acting director Steven White said
Post a Comment
Read more
More posts