Another Seagull, this time it's a century! Seagull Century

The Seagull Century is held each October in Salisbury, MD and was my introduction to century rides. I traveled with a group of friends from Pittsburgh for several years in a row before I moved to Columbus. The route is very flat because it is on the MD peninsula and it is a great ride because the weather is usually pretty warm, although rainy and at that point in the season a flat century is relatively easy. The 60 mile stop is on Assateague Island where the wild horses run free. Scroll down a little to see a couple years worth of my photos. I was 25lbs heavier which I have since lost from cycling.  If you get a chance to do this ride, take it! [Seagull Century website] 2004 Seagull Photos 2005 Seagull Photos
Post a Comment
Read more

Shimano Dyna-Sys is an interesting idea.

SHIMANO ENGINEERED Shimano has been making mountain bike drivetrains for more than three decades, including, eight generations of Shimano Deore XT, the original off-road drivetrain, and six generations of its flagship XTR group. Each generation is a reflection of the riding that defined the sport and the technology that defined the era. True to this legacy, our next-generation Dyna-Sys drivetrain brings with it the legendary quality, durability and performance Shimano is known for, all packaged to meet the ever-evolving demands of today’s riders. Through Dynamic Systems Engineering, Dyna-Sys brings together the rider, the bike and the trail. Intuitive gear combinations account for how riders deliver power through the drivetrain; optimization around the 32-tooth Primary Driving Gear lets riders get the most out of modern suspension designs, and even the roughest, rockiest, muddiest trails can’t shake Shimano’s most stable off-road drivetrain to date. Dyna-Sys is more than another b
Post a Comment
Read more 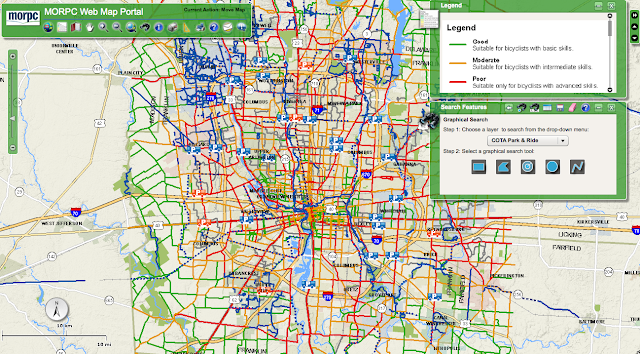 Can we get an Android and iPhone application to tap into this on the fly? [MORPC bike users map]
Post a Comment
Read more 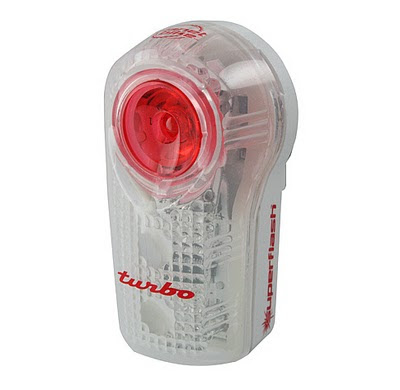 OUR MISSION: The Lancaster Cause (TLC) is a nonprofit organization committed to making Lancaster and Fairfield County a better place in which to live. TLC will respond to community-wide needs by raising awareness, organizing fundraising events, and donating to the cause. Our current goal is to eliminate the harmful effects of heroin and opiate addiction in our community. [tour de cause]
Post a Comment
Read more

How quickly can you put away your bike? Watch the video. 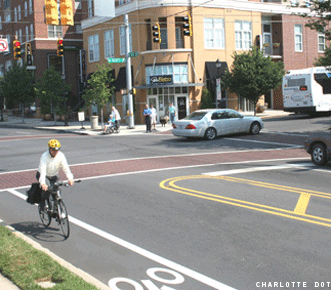 The streets of our cities and towns are an important part of the livability of our communities. They ought to be for everyone, whether young or old, motorist or bicyclist, walker or wheelchair user, bus rider or shopkeeper. But too many of our streets are designed only for speeding cars, or worse, creeping traffic jams. Now, in communities across the country, a movement is growing to complete the streets. States, cities and towns are asking their planners and engineers to build road networks that are safer, more livable, and welcoming to everyone. Instituting a complete streets policy ensures that transportation planners and engineers consistently design and operate the entire roadway with all users in mind - including bicyclists, public transportation vehicles and riders, and pedestrians of all ages and abilities. http://www.completestreets.org/
Post a Comment
Read more 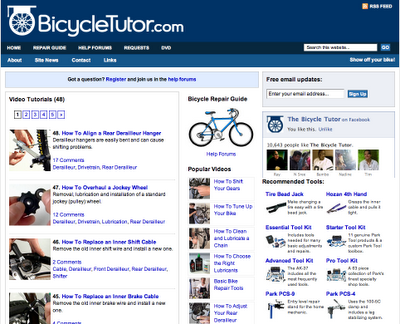 The purpose of this site is to help people learn how to fix their own bikes. While I don't work in a shop anymore, I still have all of my tools and some parts so I might as well share what I know (and learn from you). I'm on the lookout for different kinds of bikes so I can cover as many different jobs as possible. I'm keeping a tidy list of all your requests and I imagine we'll have 1-200 videos on this site over the next two years. If I figure out a way to make money from this (while keeping the tutorials free) I plan to get a studio and some better equipment. Then I'll go back and refine many of the videos using close-ups and cut-aways, etc... and improve things based on what I've learned from all of your feedback. Thanks for watching! http://bicycletutor.com/
Post a Comment
Read more 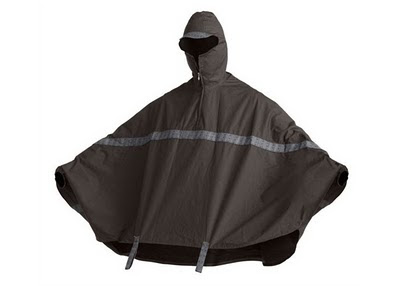 The Oxford Cape was re-created in London by a team of fashion designers who are also avid cyclists. The group mastered the art of cutting and stitching in Savile Row, the renowned London street of bespoke tailors. The garment is manufactured in England using the finest waterproof cotton, JB Raver Tweed and the same vegetable tanned leather used for the legendary Brooks Saddles. Reflective JB Raver Tweed is a Dashing Tweed fabric manufactured exclusively for John Boultbee using the finest worsted wool yarns subtly combined with modern technical reflective threads, woven together in a traditional mill in Scotland. http://www.brooksengland.com/en/Shop_ProductPage.aspx?cat=clothing+-+John+Boultbee+Clothing&prod=OXFORD%20Roll%20Up%20Rain%20Cape
Post a Comment
Read more

Sign the Pledge for People for Bikes and get a chance to win a Timbuk2 bag!

We're writing to you today with one simple request:  ask a friend to sign the PFB pledge today . If each one of us recruits just one friend, we will instantly double the size of our movement from nearly 200,000 to 400,000. With twice as many supporters, we will double our clout and dramatically enhance our capability to make bicycling in America safer and more appealing for everyone who rides. As some extra motivation, anyone who signs the pledge during the month of February will instantly be entered to win one of five Timbuk2 custom  peopleforbikes.org  messenger bags  stuffed with other awesome PFB swag. (Don't worry; you can still enter the giveaway even though you've already signed the pledge.  Just fill out this form ). As you know,  signing the pledge  is easy and only takes a few seconds. You can check out our latest  blog entries to learn more about why it's so important to get all riders to raise their hands in support of better biking now by signing the pl
Post a Comment
Read more

Kenton - Marion - Delaware - London - Bellefontaine GOBA 23: Let's put all the pieces together! And what do you get? A picture that gradually takes shape over eight days. First, you see the 50-mile-long spectacle of people riding all sorts of bicycles and from places both near and far-flung. Next, you explore the countryside, drinking in the perfume of a summer day along with the tickled-pink realization that you are up to the challenge. Gather in the bushels of impressions, from the neat Amish farms to the splendid castles. Wrap it up with a generous dose of hospitality from the communities along the way. You'll find that greater central Ohio brings it all together for you in GOBA-23. To get started, browse the website using the links above, view our  brochure [pdf], or go straight to the  registration  page. GOBA is a project of  Columbus Outdoor Pursuits , a volunteer-based participatory organization created to provide opportunities and education for outdoor recreation and
Post a Comment
Read more

What and Why Wild Goose Creative, in partnership with Yay Bikes!, Fulcrum Creatives, Jeremy Slagle Design and the Columbus Society for Communicating Arts, announces a call for entries to a bicycle-inspired poster show called Pinchflat. Posters will be displayed and sold at Wild Goose Creative (2491 Summit Street, Columbus) and  www.pinchflatcolumbus.com  starting with a poster party on Saturday, May 14, 2011 and continuing through June 17. All posters will be created by artists in Columbus or central Ohio. Artwork included in the poster show will encourage bike riding, celebrate the art and craft of bikes, or invite thought about bikes as an important way to get around Columbus. Pinchflat is intended to be a fun, creative, celebratory approach to cycling. Specifications Posters should be silkscreened or letterpressed and should measure at least 11×17 inches. Each poster should be designed to sell for $30 and will be displayed along with approximately 30 other posters. Artists will be
Post a Comment
Read more 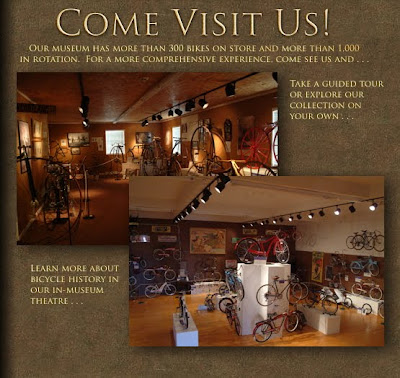 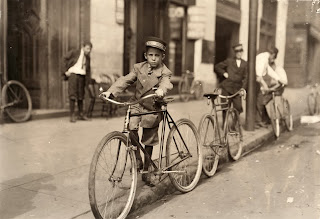 THE HELIUM BIKE CASE The unique bicycle travel case equiped with air protection THE HELIUM BIKE CASE uses a combination of light, flexible materials and strategically positioned rigid reinforcements, allowing it to offer excellent protection at a surprisingly low weight of only 9 kg (19,8 lbs). Not only is our bags easy on your shoulders, it also makes it easy to respect the strict baggage weight restrictions imposed by many airlines. The Helium’s unique 360° opening means that packing your bike is easier than ever. It even has enough room for two wheelsets. We specifically designed a proprietary anchoring system for wheels, which guarantees they will be well protected and will not damage your frame in transit. Air protection The biggest innovation inside the Helium is its network of inflatable partitions, strategically positioned on either side of the frame. They offer more stability and protection, at a lower weight, than other systems. The partitions are held in place by Vel
Post a Comment
Read more

Where do old bicycle tubes go to die? Tie-downs of course...

photo from http://www.betterlivingthroughdesign.com The IT (Inner Tube) Clips™ and IT Hooks™ allow you to reuse your old bicycle inner tubes as tie downs. This version fits mountain bike inner tubes from 1.5 in - 2.5 in. wide. As inner tubes deteriorate and break down, the IT Clips and IT Hooks allow them to be reused; it's a great way to keep old inner tubes out of landfills Cut your old inner tube and thread it through the clips as you would a strap through a buckle and latch the clips together; you determine the size you need Let your imagination guide you on the unlimited uses you can create for the IT Clips and IT Hooks; replace bungee cords and tie-downs to bundle goods or equipment for storage As an added feature, the IT Hooks can be attached to expand the application of the reused tube as your needs dictate Attach sleeping bags to backpack during hiking, tie down a tent's rainfly, hold a load on a car's roof rack, tie skis together so they hang well in a ski rac
1 comment
Read more

Where do old bicycle tubes go to die? Rubber Bands of course...

Plattfuss Rubber Bands   Made of recycled bicycle tubes.   The previous flat becomes useful again.   A bag of 70 in assorted sizes.   Made in Switzerland by «tät-tat».   $7.00   [PLASTICA]
Post a Comment
Read more

GOURMET CENTURY 2011 Chris King's Oregon Wine Country Gourmet Century Save the date: Saturday July 30, 2011 Registration opens on April 1, 2011 The Gourmet Century is the signature event of the Chris King Precision Components event calendar. The 103-kilometer event is a non-competitive bicycle ride through Yamhill County, the hub of Oregon Wine Country, located less than an hour's drive from downtown Portland. The route is a worthy road course interrupted with just enough fun and epicurean interest to keep you moving ahead, wanting more of everything. In previous years, The Gourmet Century has hosted riders with menu themes such as Italian Cucina, Salsa!, Greek, Spanish and, most recently, French. We'll announce this year's theme on March 1, 2011. The event begins in McMinnville, Oregon with a hearty, full breakfast. But don't fill up! The route rolls west from town with tempting rest stops and a delicious lunch stop to delight your senses. Upon completion of the
Post a Comment
Read more
More posts