It’s been three years since a driver plowed into Megan Odett and her one-year-old son in a Washington, D.C. street, and even now, she can’t fully straighten her leg.  “They never caught the person who left me lying in the crosswalk, curled up around my son,” Odett, 35, told The Huffington Post by phone last week.  The three witnesses to the crash couldn’t agree on the driver’s license plate number, so no one was ever prosecuted. Though Odett was on foot when she was hit, she normally travels with her children on a 100-pound cargo bike. After several close calls cycling, the crosswalk crash was the final straw that prompted her to wear a  GoPro camera  on her rides. “I didn’t have any faith if that were to happen to me again, the person responsible would be brought to justice and kept off the road,” said Odette, the force behind  Kidical Mass D.C., a group that promotes safe family biking . [Keep reading at HuffPost Green]
Post a Comment
Read more

We’re so excited to announce the 2014 Holiday Sale.  Until the ball drops on  New Year’s Eve, pay $99 for any saddle we make.  We’ve even brought back  everyone’s favorite red and white for the  occassion! We make the world’s most comfortable bicycle saddle. Period.  Here’s why: Proven comfort for long distance riding Our functional slot famously relieves sit bone pain and perineal pressure Choose from  the proven performance of WaterShed leather or  the classic  look Available in Black, Mahogany, Graphite, Vintage, Natural, Red, and White The ONLY saddle Made in America A family business since 2006 http://selleanatomica.com
Post a Comment
Read more

If this thing works as advertised it could get a lot of people pretty charged up. (Sorry, that was some dynamo humor.) Anyway, Bike2Power has released  a hub-mounted dynamo  that can be used on nearly any existing bike, has a built-in light, and can charge USB devices. Unlike some similar devices that require a dedicated dynamo hub, the BikeCharge Dynamo can be installed on almost any front or rear wheel and the lights can be set to high, low or blinking modes. By cacheing the power in a 1,100 mAh battery pack, it can charge devices like smartphones, which are notoriously picky about power draw. The battery means it will continue to power your device even when the bike is stopped, such as at a red light, without interruption. I predict these types of devices are going to be big in the next few years as more touring and city cyclists want to bring their gadgets with them. I’m also intrigued because it will fit on fat bikes with extra-wide front hubs At $119 it’s a lot les
Post a Comment
Read more

A high-profile report about bike safety warns that “the number of bicyclists killed on U.S. roadways is trending upward.” Wait, what? (Click for report.) A report released by the Governors Highway Safety Association Monday is a perfect example of what can go wrong when safety experts get stuck behind their own windshields. The  GHSA , an umbrella organization for state departments of transportation whose claims to fame include popularizing the phrase  “aggressive pedestrians,”  is surely staffed by smart people who are working hard to reduce injuries and deaths. But the problems in this report start right at the top. Let’s take them one by one. The language framing the report is pointlessly divisive Spotlight on Highway Safety: Bicyclist Safety [Keep reading at Bike Bortland]
Post a Comment
Read more

On A New Shared Street In Chicago, There Are No Sidewalks, No Lights, And Almost No Signs 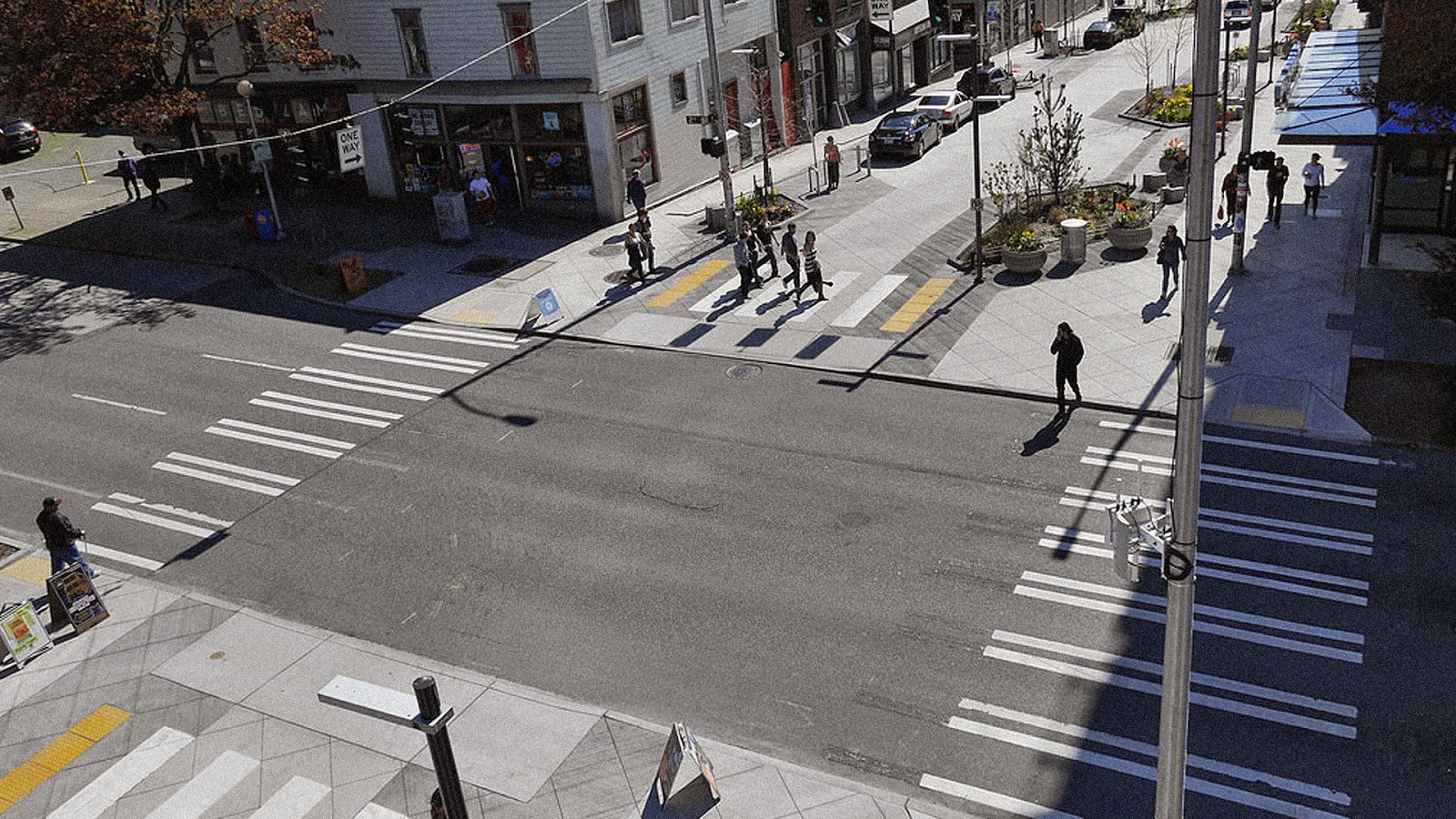 Chicago is about to take a gamble on a four-block stretch of town where drivers, cyclists, and pedestrians are all equal. It's not as crazy as it sounds. Imagine a street with no sidewalks, no crosswalks, no curbs, no lane markings--basically no real distinctions between pedestrians, cyclists, and drivers at all. At first glance, that might seem like an extraordinarily unsafe street. But the city of Chicago is betting on its success as it redesigns a four-block stretch of its uptown. The  New York Times  editorial board  recently called  the concept of shared streets a “radical experiment” for the city of Chicago, which plans to start construction on  its first one on Argyle Street  early next year. Yet the philosophy behind them--that by removing common street control features, street users will actually act less recklessly and negotiate space through eye-contact---is actually not all that new. Shared streets have been built and shown to be effective  in reducing accident
Post a Comment
Read more 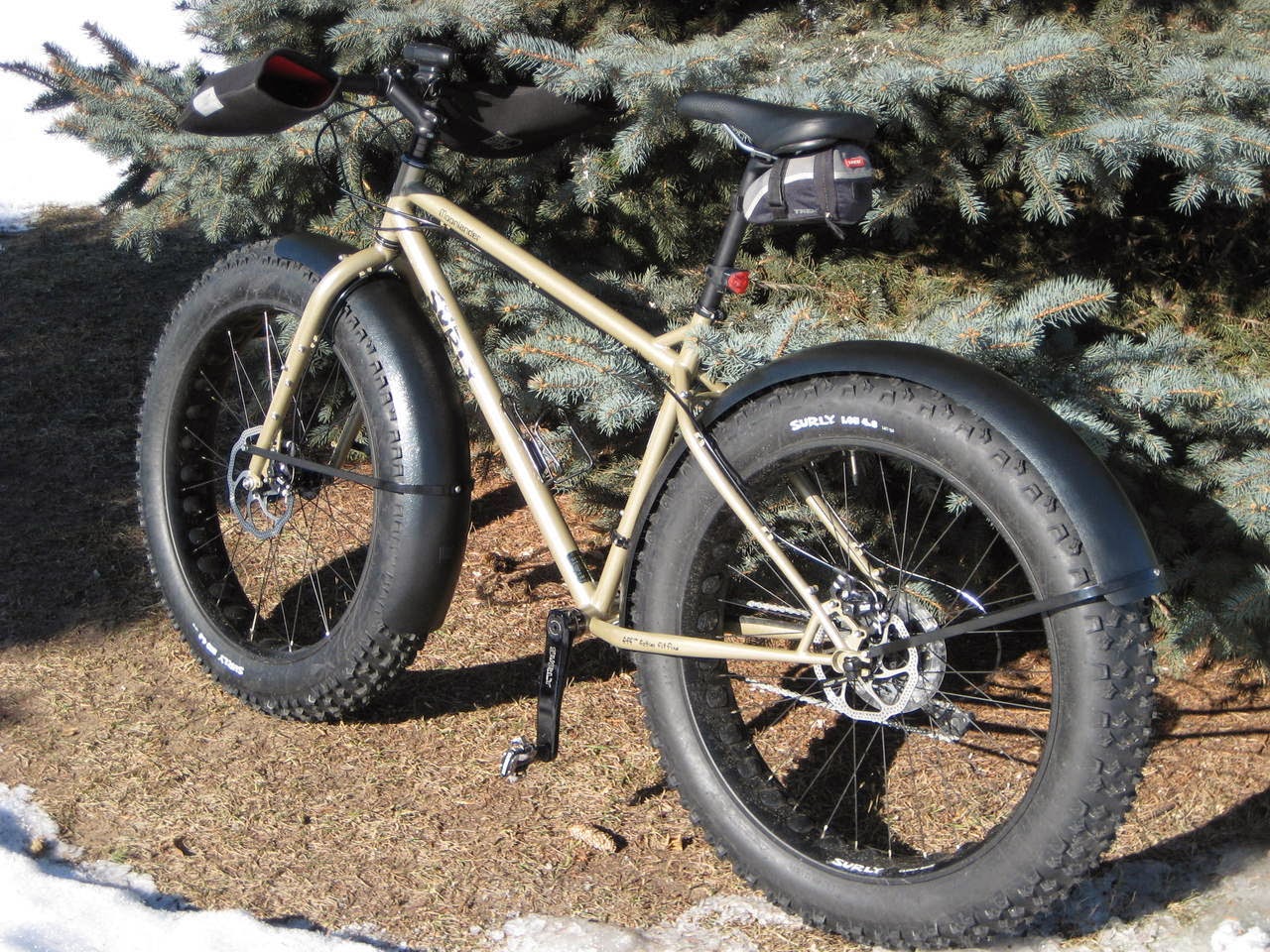 Thank you for your interest in our products. We at Big O Manufacturing are dedicated to providing quality products at a great value for your hard earned money. We continue to improve our current products and we are designing new products so come back regularly to see what's new. Big O Manufacturing wants you, our valued customer, to be completly satisfied with any product that you purchased. If for any reason you are not satisfied with any Big O product please contact our sales staff  for a full refund.  Big O Manufacturing, LLC's customer service goal is simple: We are committed to providing our customers total satisfaction. Every time. Guaranteed.   http://stores.bigomfg.com/fender-kits/
Post a Comment
Read more

The “It Pannier” of the Season From Mme Velo | Momemtum Mag

Photo courtesy of Mme Velo A few years ago, the founders of Mme Velo like many others associated cycling with sweat, Spandex, and products made from technical fabrics. However, a desire to cycle and to have beautiful things spurred the creators to design a line of panniers and bags that are both elegant and functional. [Keep reading at Momemtum Mag]
Post a Comment
Read more

A cyclist wearing reflective clothing sold at Betabrand’s bike-to-work web store.   Credit Jason Van Horn/Betabrand “It’s yellow, it’s ugly, it doesn’t go with anything, but it can save your life.” That message , written in French next to an image of the designer Karl Lagerfeld dressed in black tie and a Day-Glo safety vest, was plastered around Paris in the late aughts as part of a government bicycle safety campaign. Sarah Canner, an American actress and writer with an equal interest in fashion and bicycles, was living in the city then and liked the poster but took issue with the basic premise. Yellow? Ugly? Why? [Keep reading at NY Times]
Post a Comment
Read more

THE most improbable bike path in the world is surely on the MacArthur causeway, a road connecting Miami Beach with the city of Miami proper. The road—more a motorway really—has six wide lanes of traffic and a speed limit of 50mph. This being Florida, and speed limits apparently only loosely enforced, in light traffic people travel far faster. And yet driving across it today, your correspondent spotted a lonely cyclist working his way up the road against the traffic. Along the road’s right-hand side, unseparated from the traffic by any physical barriers, was a thin cycle path. Your correspondent in his day-to-day life cycles everywhere. In Washington, DC, turning left on a main road can be dicey if drivers are not patient. In London, racing lorries at the Elephant and Castle roundabout and the Vauxhall interchange both provided daily adrenaline rushes. Yet he would no more cycle along the MacArthur causeway than he would take up bullfighting. It would be utterly i
Post a Comment
Read more

DEVELOPING BUCKSAW: THE STORY BEHIND OUR FULL-SUSPENSION FATBIKE @salsacycles

Finished Bucksaw 1 and one of the original protos... The spirit of adventure drives our product decisions and creations. We like to go places and do things that may not be “normal,” and we like to use bicycles to get us there. When we introduced the  Mukluk , we knew the places  fatbikes  could take us and the experiences we could partake in. What we didn’t know was just how far this fatbike thing was going to go. Still perceived by many as “snow bikes,” they got us Minnesnowtans out in the winter and helped create a passionate army of fatbike riders. The attachment and passion for these bikes had many people, including us, using them in the summer on “normal” mountain bike trails. The fatbike’s incredible capabilities and confidence-inspiring nature had several of us verbally contemplating riding a fatbike exclusively, year-round. Riding a fatbike year round meant that rocks and roots, which were usually hidden under a layer of snowpack in the winter, were now exposed feature
Post a Comment
Read more
More posts