Friday the 13th CemeScary Rally is ON!

By Columbus Rides Bikes - June 06, 2008
I would like to invite everyone to a cemetery rally on Friday the 13th. The route map is below. I think we will start between 6-7PM from the 15th and High starting point on FRIDAY the 13th. I have a meeting every Friday from 4:30-5:30PM and may not be able to get over to the starting point until 6:30PM. I will update the start time as we get closer. I do not see us starting after 7PM. Sunset is 9:02 p.m. so please bring lights and cameras for the action. We will make stops and we have an ice cream shop on the route. View Larger Map
1 comment
Read more

A car driven by an alleged drunken driver plowed into a bicycle race along a highway near the U.S.-Mexico border Sunday, killing one cyclist and injuring 10 others. More...
Post a Comment
Read more

By Columbus Rides Bikes - June 03, 2008
(Budget Travel) -- Tens of thousands of people head to Columbus every fall during Ohio State's football season. I'm as much a road-trip loving football fan as the next guy, but I actually never thought the Ohio capital was as charming as say Madison, Wisconsin, or Ann Arbor, Michigan. I obviously wasn't looking very hard. With a revamped downtown and a booming population (it surpassed Cleveland in size in the 1980s), the city has restyled itself from a college town into a fairly happening urban center. The full story...
Post a Comment
Read more

Is your bike safe where it's parked? 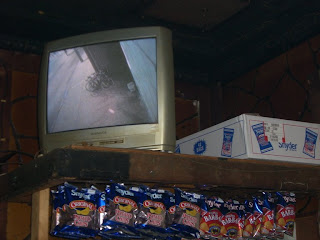