Feature Features It was completed, Snow Peak to ride I can experience the speed limit.  And I can gain plenty of luggage.  Genre of bike ever and I wanted to make that Snow Peak.  Set up in the parts of the best, we propose a new cycle camping. https://store.snowpeak.co.jp/page/159
2 comments
Read more

E.T.  (1982) Original poster design by  B.D. Fox Independent Elliott and E.T.’s flight to the forest has been called the most magical moment in cinema.  The concept for E.T. was based on an imaginary alien friend Spielberg created after his parents’ divorce in 1960. Spielberg said that E.T. was “a friend who could be the brother I never had and a father that I didn’t feel I had anymore.” E.T.’s voice work was performed by  Pat Welsh , an elderly woman who smoked two packs of cigarettes a day. Sound effects creator Ben Burtt also recorded 16 other people and various animals to create E.T.’s “voice”. These included Spielberg; Burtt’s sleeping wife, who had a cold; a burp from his  USC  film professor; and raccoons, otters, and horses. Carlo Rambaldi  was hired to design the E.T. puppet, whose face was inspired by the faces of  Carl Sandburg ,  Albert Einstein  and  Ernest Hemingway .Two dwarfs as well as 12-year-old boy born without legs,took turns wearing the costume, depending
Post a Comment
Read more

Video: How Are Bicycle Tyres Made

Visit cities like Amsterdam or Copenhagen and you soon notice something different about the facilities for cyclists. Not only are there are plenty of bike lanes, but the lanes are fully separated from the rest of the road--usually with plant pots or plastic bollards. Far from being an afterthought, cyclists get their own road infrastructure. Bike advocates argue that separation is key to driving up cyclist participation. And so it appears from a  new study  of early separated lane projects in the U.S. Across six cities, the study finds a rise of ridership between 21% and 171% after the lanes were installed. [Keep reading at Fast] The increases appear to be greater than overall increases in bicycle commuting in each city.
Post a Comment
Read more

Solo Female Cycling Around The World: How Would You End A Bicycle Tour? | Skalatitude 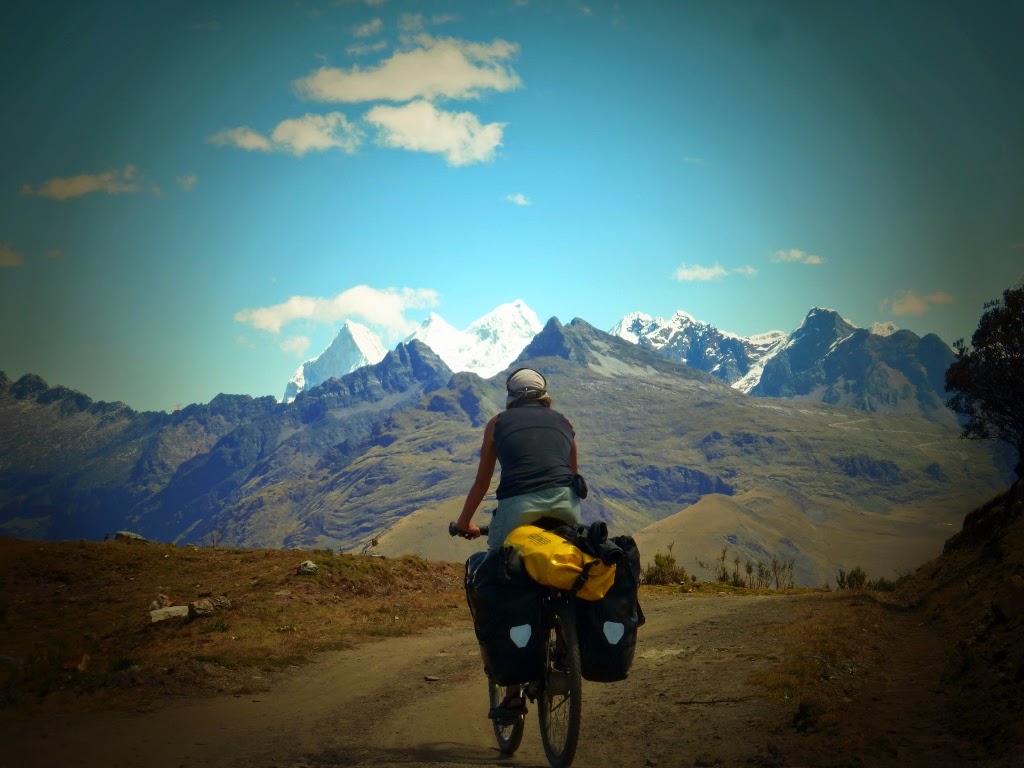 I am tired now, I think I will go home  Forest Gump’s brilliant words come to mind as I push the pedals on first gear up the Cordillera Blancha road in N. Peru’s national park. My legs towing the weight of my bicycle bags, they are strapped behind me on the rack. The pedals spin round as they have for 5 continuous years of touring, a 40 country, 5 continent effort that will soon complete my  first bicycle tour . I read somewhere that to go around the world, one must cycle in a continuous direction a minimal of   18,000 miles (29,000 km) and cross the equator at least 3 times.  I have never been interested in mathematics, my actual mileage is unknown  but since I cycle everywhere except when removed from my bicycle because of  security  that I have doubled or more likely tripled that distance. Ending on the equator, on the Pacific skinny dipping with a beer in my hand, that sounds good? How would you complete a bicycle tour? [ See the rest at skalatitude.com  ]
Post a Comment
Read more

How to teach a child to cycle in 30 minutes | BikeRadar

There’s no dark art to teaching a child to ride a bike. With a few simple steps and lots of encouragement, most kids can be taught in less than an hour, says Ruth Chiat, a Sustrans Bike It officer. Most of the time you can stop using stabilisers too. “I think some kids will get it in half an hour, though others might take a bit longer,” Chiat told  BikeRadar .  “Obviously it takes time and you want to go through the braking step, because that’s laying the foundation for them being safe. But, once they start, they pick it up very quickly.” Here are Chiat’s top tips for teaching children the intuitive act of balancing while moving. 1. Learn to stop before you start Start by standing the child beside the bike. Get them to hold the bar, walking along and practising pulling on both brakes. It’s an important foundation that helps the child feel that they are in control. “They just need to get into the habit of using both brakes, and it’s important to really get that into
Post a Comment
Read more

I ride my bike almost daily, but when I moved to NYC years ago, cycling in such a dense urban environment intimidated me. It took a long time to adjust. By then, I took to tricking out my helmet with different caps and lights to keep my gear cleaner and safer. This led to helmet experiments with circuitry and interactivity. When I came to MIT, I was curious to add some of the new commercial EEG (electroencephalography) devices to the mix. MindRider v.1 translates the cyclist’s brain state to helmet light colors, like in traffic lighting: green  = calm/focus yellow  = slight agitation red  = stress blinking red  = panic MindRider v.2 is busting out onto the streets!  Sandra Richter , one of  Fast Company’s  Most Creative People of 2013, asked our team to develop a MindRider+GPS pair to log brain activity in time and space. This pair of MindRiders is being used for her study  Social Cycling: Quantifying the Level of Perceived Safety when Biking in Pairs . We are excited to d
Post a Comment
Read more 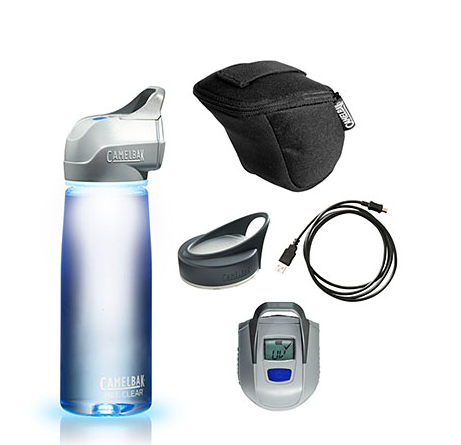 Reliable Purification, Whatever the Destination. CamelBak® All Clear™ utilizes proven UV technology to effectively neutralize microbiological contaminants to EPA standards. With a built-in LCD to confirm your results, purification has never been easier. CamelBak All Clear turns nearly any tap or clear natural water source into potable drinking water in just 60 seconds, letting you hydrate on the spot. And, since CamelBak All Clear is a water bottle as well as a purification system, you can enjoy your water right after treatment or carry it with you. [Camelback]
Post a Comment
Read more

This Dirt King Adult Dually Tricycle is a simple, basic model – perfect for getting some fresh air or riding down to the community center where I volunteer in the summer. I hate to drive and love being outdoors, so this lightweight adult tricycle is a fun option for me, weather permitting, of course. I used to ride my bike, but as I’ve gotten older, I don’t feel as confident on two wheels like I did when I was younger. Some of my retiree friends have adult tricycles similar to this one, it’s a good way to get some exercise without putting a lot of stress on my joints. My knees aren’t in the best of shape, so a lot of walking can really have them aching. Living in a planned retirement community near a small shopping area, 6-7 months out of the year, I use my tricycle. My favorite feature of this is the smooth ride on all terrain – I’ve taken it on grass and gravel with no problems. A lot of the bigger adult trikes cannot handle going “off-road”. Dirt King Tricycle comes with a l
Post a Comment
Read more

Surface604 was founded in beautiful and clean Vancouver, British Columbia, and named after the area code of our beloved city. We love our unique province, a place where you can visit a beach with palm trees, then head up to a snow covered mountain, then to beautiful forest trails, all within close proximity. We wanted to create a vehicle that would allow us to explore all that it offers, while at the same time preserving the environment for us and for future generations to enjoy. We dared to engineer this awe-inspiring bike frame and wide-grip tires, with a sleek lithium-ion power source at the back with a built-in taillight. The results were truly exciting. We created a bold design, coupled with function, and united by environmental sustainability. We are proud to follow in the footsteps of inspiring Vancouver based brands that have set the benchmark for social responsibility and environmental initiatives. Lush Cosmetics, Happy Planet Foods and Lululemon Athletica, just to mentio
Post a Comment
Read more