By Columbus Rides Bikes - August 16, 2014
With a simple click, stand your bicycle upright on any terrain or park your bike at the office or in your house! "Imagine how the little things in life could change the way you live life" - From  BaikBike .com about Bicyclick [More at Kickstarter]
Post a Comment
Read more

Video - What I Do In Whistler 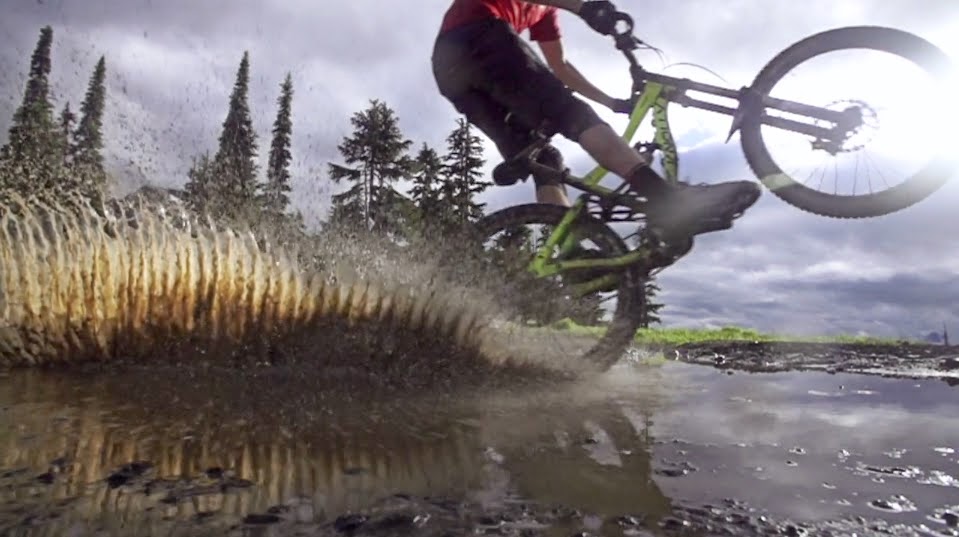 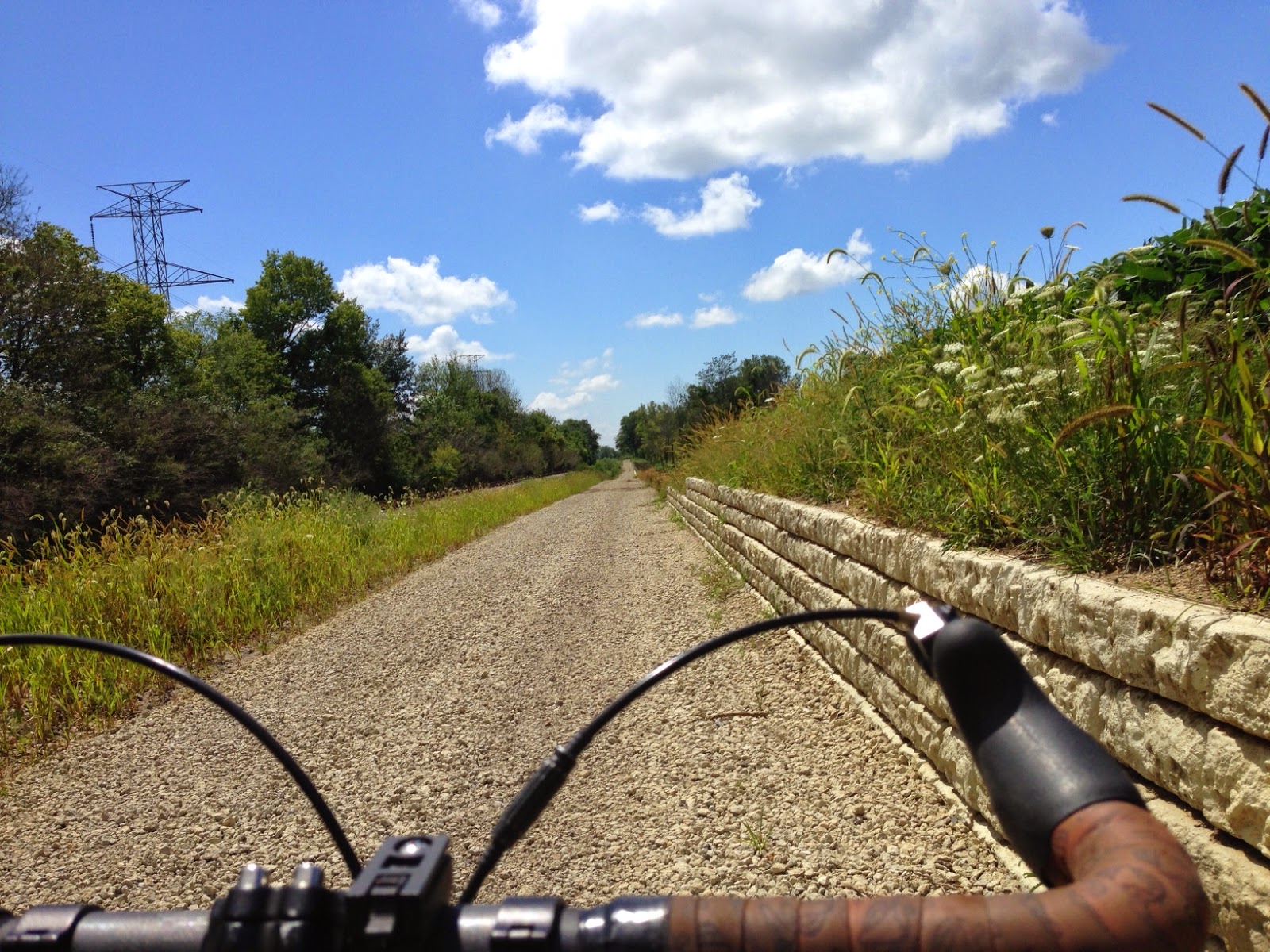 Below: Camp Chase Trail retaining wall and gravel base before paving. Here, you are looking west towards Alton Road. Alton is where the paved section of the trail ends and this gravel section begins. The bridge being constructed over Hellbranch Run is behind me in this photo. The bridge abutments are in place and the prefabricated bridge sections have been delivered and are on site ready to be installed. I predict this section should be open all the way to Galloway by the end of this year. ----- Below: Here is the trail at Alton Rd. facing East. The trail is all gravel from this point. ----- Below: Here is the trail at Alton Rd. facing West. The trail is paved in this direction all the way to Cincinnati. There is no parking available here, we recommend parking at the trail head at Big Darby Creek and the Little Darby Creek on Alkire Rd. You can request a permit for overnight parking from the Battelle Darby Creek Metro Park rangers, office or possibly the new natur
Post a Comment
Read more 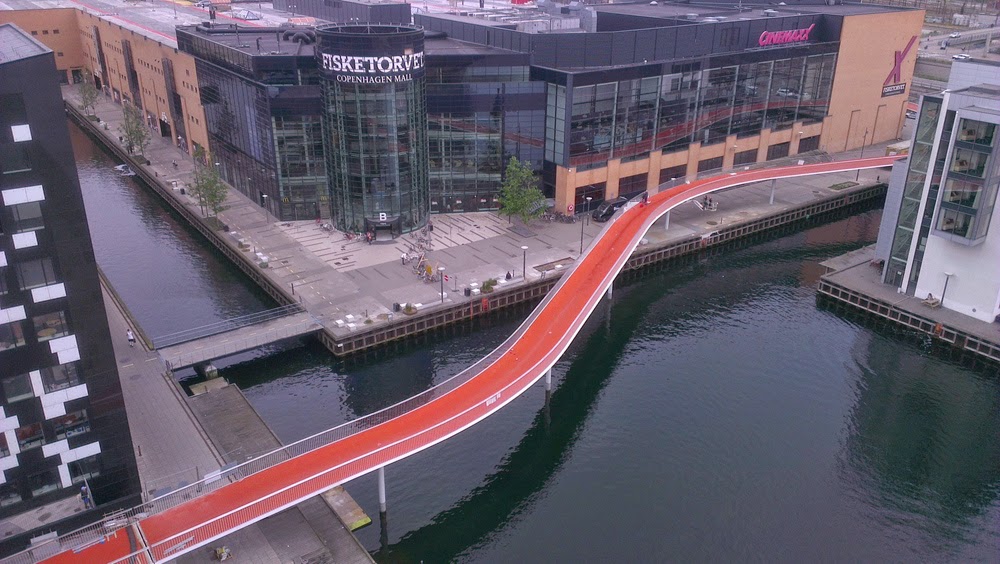 This elevated track is the city's latest attempt at creating a cyclist's heaven. When Copenhagen started building a new network of separated bike lanes in the early 1980s, it quickly became a model of how to take a city back from cars. Now, more people bike than drive in the city center, and in the city as a whole, more people commute to work by bike than in the entire U.S. combined. But the city is aiming for even more bike commuters, and keeps building new infrastructure to make cycling as easy as possible. The latest: An elevated roadway that speeds cyclists over an area that's usually crowded with pedestrians. The  Cykelslangen , or Cycle Snake, designed by architects at  Dissing and Weitling  and completed earlier this summer, winds through buildings a single story above a busy waterfront shopping area. "There was a missing link that forced bicycle users to use the stairs or make a huge detour around a shopping center," says  Mikael Colville-And
Post a Comment
Read more

When Saturday August 16, 2014                    from 7:30 AM to 4:00 PM Add to Calendar   Where South River Vineyard 6062 South River Road W Geneva, OH 44041 Driving Directions   Contact Randy Jones United Way of Ashtabula County 440-998-4141 randall.jones@unitedwayashtabula.org   Register Now!     Bridges and Vines  Bicycle Tour 2014   The 2014 Bridges & Vines Bicycle Tour will be held on Saturday, August 16.  Spend a beautiful day in the country on rides of 12, 25, 39 or 62 miles through vineyards and over historic covered bridges.  All but the 12 mile use a portion of the Western Reserve Greenway Trail.  Following your ride relax at one of Ashtabula County's terrific wineries. $20 before August 2.  $25 after August 2.  Fee provides well marked roads, maps, SAG service, water/snack stops, lunch after your ride and a georgeous setting.   http://events.r20.constantcontact.com/register/event?llr=aplfvycab&oeidk=a07e91gpw121716
Post a Comment
Read more

Teach A Kid To Ride A Bike - The Trick: Without Pedals and Training Wheels!

By Philip Skocich - August 13, 2014
" Learn how to ride a bike using the stress-free "balance first" method at a park near you! As seen on It's My Park on NYC TV." " Have you been wishing for an easier way to learn to ride a bike? Well there IS an easier way. It took about 60 minutes of practice for me to get my son from training wheels to riding a bike on his own. I got the idea from Bike New York - a non profit that runs "teach your child to ride" clinics around New York City." " Did you know that you're not supposed to use training wheels when learning to ride a bike? Good Mythical Morning Episode 95!"
Post a Comment
Read more

By capturing and processing data from cyclists in the German city of Wiesbaden, the city is putting paths where they're actually needed. When the German city of Wiesbaden was voted the worst city for cycling in the country by a bike organization, a local creative agency decided to help change that with a new app called  Radwende : As cyclists ride down city streets, the app traces each route and adds it to a giant crowdsourced map of suggested bike paths in the city. Designers at  Scholz and Volkmer  saw it as a way to bring new digital approach to a problem that was a struggle for government and advocacy organizations. "We believe in change, because a lot of people in City Hall as well as citizens want it to happen," says agency founder  Michael Volkmer , who was the driving force behind the project. "But it's a chicken-and-egg problem: The city doesn't invest if people don't cycle. People do not cycle because it's not safe
Post a Comment
Read more

Brownsville’s open streets event, “CycloBia,” has been a huge success. Photo:  CycloBia Brownsville This post is  part of a series  featuring stories and research that will be presented at the  Pro-Walk/Pro-Bike/Pro-Place conference  September 8-11 in Pittsburgh. Brownsville, a Texas border town, is frequently cited as one of the poorest cities in the country. It also has one of the highest obesity rates. But local officials have taken on some of the city’s health problems. And one of the key tools they’re using is cycling. Planning Director Ramiro Gonzalez says it’s been about two years since the city of 180,000 people — 93 percent of them Latino — began its cycling push. City Commissioner Rose Gowen, a doctor, made health-based initiatives a key part of her agenda. [Keep reading at usa.streetsblog]
Post a Comment
Read more

Johannes Draaijer was a Dutch cyclist. He won two stages of the Peace Race in 1987 and one stage of the Vuelta a Murcia in 1989. The same year he finished 130th in the Tour de France and was part of the team that won the race. - See more at: http://www.independent.ie/sport/other-sports/cycling/paul-kimmage-unfinished-stone-for-an-unfinished-love-30496438.html#sthash.NrTOp4O0.dpuf
Post a Comment
Read more

TOM DODGE | DISPATCH Barbara Bergmann and Gordon Grigsby object to a proposed bike path that would run between their house in Mount Air and the Olentangy River. Two other proposals would put the path on the other side of the river from their home. The Olentangy River drifts lazily past the picture window in Gordon Grigsby’s house in Mount Air, an unincorporated community in northern Franklin County. He doesn’t want that view sullied by hundreds of bicyclists who might pedal past some day. “It would be a disaster,” said Grigsby, a retired Ohio State University professor of modern literature and poetry. A neighbor, Benjamin Knepper, wants to maintain the security and the peace and quiet he has known since he moved to Mount Air 25 years ago. “It’s a unique place that’s kind of been forgotten for a long time,” he said. “Most of us kind of like it the way it is.” Metro Parks officials are considering three routes to extend the Olentangy Greenway Trail northward to Highbanks Metro
1 comment
Read more