Showing posts from September 9, 2012
Show all

Photo by  Dave Schlabowske . Last week, while the world’s finest amateur athletes competed in London, hundreds of poorly paid professional athletes from four continents convened in Chicago for the Olympics of bike messengering. They were here for the 20th annual Cycle Messenger World Championships, the ultimate test of two-wheeled delivery prowess. It was a long, alcohol-fueled week of events celebrating the courier lifestyle, including the main race simulating a day of work in the Chicago Loop business district, on-street “alleycat” races, a courier-themed film night, track competitions, and the Messenger Prom, where cyclists got dolled up in slinky dresses and ironic tuxedos. Many pundits have predicted that bike couriers would go the way of the Pony Express, rendered obsolete by digital technology. But the crowd of messengers, who came from as far away as Guatemala, Japan, and Australia, proved that, while email and online file sharing have cut into the messenger business
Post a Comment
Read more

The Democratic National Convention and Republican National Convention couldn’t have been more different. But the Democratic and Republican delegates seemed to agree on at least one thing: Pedal-powered buses are an efficient way to get around. A collaboration between Craftsmen Industries (the bus manufacturers), Humana (a health care company), and International Surrey Company provided  20 pedal buses  to both conventions for the delegates. Users simply signed up with a "Freewheelin ambassador," received a card equipped with a QR code, and scanned it for free rides. The 525-pound buses each carry eight passengers and a driver---everyone pedals, but the driver steers. The buses were a resounding success at both conventions, where they  gave 1,250 rides in Tampa for the RNC and 1,333 rides in Charlotte at the DNC. The buses didn’t mill around aimlessly, though; they operated on loops around the convention centers. The convent
Post a Comment
Read more

Bicyclist shot after colliding with pickup truck in Taylor; later dies during surgery [Click On Detroit]

TAYLOR, Mich. - A bicyclist who was shot after being involved in a traffic accident with a pickup driver in Taylor has died. Taylor police say the bicyclist died during surgery after the Wednesday night incident with a 46-year-old driver. Police have identified the 42-year-old man as Henry Enoch, of Taylor. The pickup driver, who police say is the suspected shooter, was arrested but released Thursday. Police said the two began arguing after the bicyclist disregarded a "Do Not Cross" signal at Telegraph and Northline roads, causing the driver to hit him. Witnesses said the bicyclist got up and confronted the driver. Quick Clicks Bicyclist shot after colliding with... "The pedestrian light was red. He wasn't supposed to be crossing and ran into the side of the truck," said witness Michelle Noffsinger. "He jumped up, he got up, and he ran around the front of the truck to the driver's side and he just started pounding on this guy. He hit hi
Post a Comment
Read more 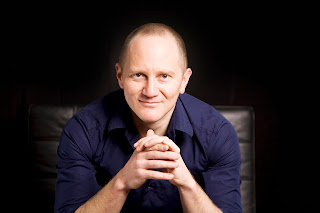 Chris Cleave , author of the # 1 New York Times bestseller,  Little Bee,  is back with another extraordinary novel reflecting his telltale gift of creating characters who linger in the reader’s heart and mind long after the last page has been turned. This time the setting is the world of Olympic speed cycling, but far more it is the story of two young women, very complex, competitive women who must decide whether their enduring and valuable friendship is worth sacrificing for winning. Chris Cleave lives in England. Tickets are available here
Post a Comment
Read more

YEAR OF YAY! is a series of 12 rides to celebrate our city and promote membership in Yay Bikes!. Everyone who rides with us will receive an exclusive button designed by Bandito Design Co, as well as other goodies TBA.  September's theme is Back to School. Meet at 9:30AM at the open air shelter in Goodale Park and roll around 10:00AM. Snacks will be provided at the half way point and FREE lunch will be provided at the main library! More details as we get closer to the event. All YoY rides are FREE for Yay Bikes! members and $5 for everyone else. Become a YB! member at  http://yaybikes.com/ membership/ . { { { { HELMETS are *strongly* encouraged on all YB! rides. LOCKS are also useful at our stops. } } } } [FACEBOOK EVENT]
Post a Comment
Read more

Enlarge Image TOM DODGE | DISPATCH So far, police have not reported any car vs. skater crashes on High Street bordering the Ohio State University campus. By   Encarnacion Pyle   and   Theodore Decker Thursday September 13, 2012 6:20 AM Comments: 0   More than 200 volunteers in fluorescent green T-shirts are to descend on the busiest crosswalks and intersections on and around Ohio State University on Friday to distribute traffic-safety pamphlets. Their goal: to raise awareness because of a rash of crashes involving pedestrians, bicyclists and motorists. “We want people to know that we have a problem and we all have a responsibility to solve it,” said Jay Kasey, OSU’s senior vice president for administration and planning. In the past 2 1/2 weeks, there have been four incidents in which students were seriously hurt when struck while walking or riding bikes. A large-scale awareness campaign is the easiest and fastest way to get safe-travel tips to student
Post a Comment
Read more

Our friend and co-conspirator, the BikeTinker, recently collaborated with some folks to create a tire pressure app for Android devices. I've always felt my understanding of tire pressure remedial: I need fat tires 'cause I'm pushing 225 lbs around...panniers not included. Instead of trying to explain it myself, I thought he could do a better job of summing it up: why is tire pressure so important?  Harder tires aren’t any faster than softer tires.  There’s a sweet spot for tire pressure between too-hard and too-soft, and you waste energy both ways. That sweet spot is a 15% “drop,” which is how much you squish the tires when you get on the bike. Front and rear tires need different amounts of air pressure.  Bikes put more weight on the rear, which is why rear tires wear faster, and why you have fewer spokes in the front. The rear tire needs higher pressure for the same optimal drop. Tire pressure and width should change based on weight and load.  Bigger people ne
Post a Comment
Read more

Source: NRDC When asked what would solve traffic problems in their community, 42 percent of Americans say more transit. Only 20 percent say more roads. And 21 percent would like to see communities developed that don’t require so much driving. Two-thirds support local planning that guides new development into existing cities and near public transportation. That’s the result of a new poll released this morning by the Natural Resources Defense Council [ PDF ]. The national phone survey of 800 Americans was supplemented by smaller surveys to gauge attitudes in the Cleveland region, Philadelphia’s northern suburbs, and Mecklenburg County in North Carolina. The poll follows similar surveys NRDC conducted in 2007 and 2009. Of the national respondents, only about a third had taken transit or a bike any time in the last month, and only two-thirds had ever done so. But even they support local investment in transit by more than a two-to-one margin... Continue reading -->
Post a Comment
Read more

This 55-mile road ride starts and ends at the 2012 Ohio Pawpaw Festival, taking you from Albany on a circle tour around Zaleski State Forest. Enjoy challenging climbs, ridgetop views and sweet downhills, all along the Raccoon Creek Watershed. A rest stop awaits you at the halfway point. There is also a shorter 20-mile loop option. On-site rider registration will be at the festival from 8:30 a.m. to 10:30 a.m. – get started on the ride any time during those hours. The rest stop will be set up until 2 p.m. The self-guided, self-paced ride is included in the price of the festival admission fee, and includes a map of the ride, marked turns on the roads and the aid station. Visit the 2012 Pawpaw Festival website ( http:// www.ohiopawpawfest.com/ index.html ) for full details on the festival.
Post a Comment
Read more

By Bill - September 13, 2012
DAYTON, Ohio (WDTN) - The percentage of Dayton residents commuting to work on foot has grown from 5.3% to 6.8% as of the end of 2010, according to a report recently published by the  U.S . Department of Transportation using data gathered by the Census Bureau's American Community Survey. The increase in the percentage of residents walking to work places Dayton among the top 30 American communities showing increases since 2000. Erie County is the only other Ohio community in the top 30 list.  Dayton's increase in walking commuters comes amid implementation of the City of Dayton's Livable Streets policy, a city commission-approved initiative designed to make streets more accessible and accommodating for all users of public streets, including bicyclists, pedestrians, children, people with disabilities and public transit users. The Livable Streets policy, adopted in early 2010, calls for inclusion where possible of wider sidewalks, bike lanes and sharrows, street trees, st
Post a Comment
Read more

By Columbus Rides Bikes - September 12, 2012
FOR IMMEDIATE RELEASE: Tuesday, September 11th 2012 Armstrong’s Olympic Bikes Stolen in Transit from Eurobike Boise, ID - London Olympic Gold Medalist and ExergyTWENTY12 rider Kristin Armstrong today received two empty bike boxes at her home in Boise Idaho. Her Olympic Gold medal winning Felt DA Time Trial Bike and her Felt F1 Road bike both SRAM and Zipp equipped had been on display at Eurobike in Friedrichshafen, Germany from August 29th to September 1st. The bikes were then packaged and shipped through a courier on September 7th, departing Bremen Germany to Frankfurt Germany then from Frankfurt to Atlanta and the final leg Atlanta to Boise, ID.  At this time it is not know which location the bikes were stolen from but an investigation is underway. “The bikes mean so much to me. My TT bike is a symbol of all the hard work that has been put in to this journey” Commented Armstrong. “It is sad to think that somebody out there has taken this away from me and my family.” Felt DA Time
Post a Comment
Read more

'The only good cyclist is a dead one' - advertising pulled in wake of magazine editor's remarks [road.cc]

'The only good cyclist is a dead one' - advertising pulled in wake of magazine editor's remarks Power of social media sees issue move from Richmond to cycling media then onto mainstream outlets 29 comments by  Simon_MacMichael  on September 7, 2012 - 09:40 road.cc news Southwest London bike retailer Moore’s Cycles has said it will not be repeating its advertising in a local publication Richmond Magazine for as long as its editor, who wrote that ‘the only good cyclist is a dead one,’ remains in his job. Yesterday, reaction to editor Richard Nye’s column went beyond the magazine’s local readership after news of it spread following  a forum posting  here on road.cc, and  a news story  on cycle trade website BikeBiz. The Times newspaper then picked it up, with its story including clarifcation by Nye of his comments. While Moore’s Cycles decision to pull advertising came earlier this week and before the forum posting here – although another
Post a Comment
Read more
More posts