Showing posts from September 7, 2014
Show all 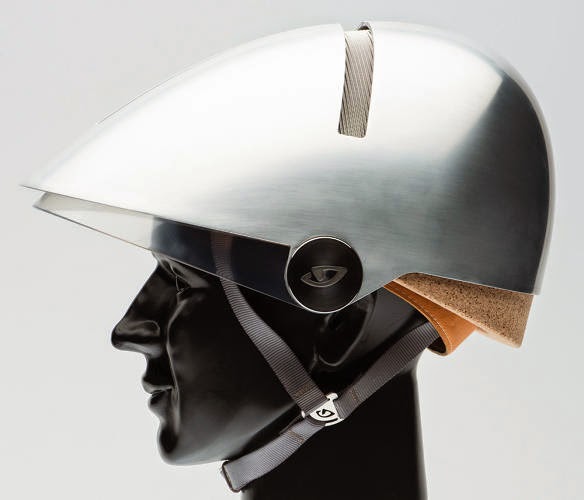 ABOUT WHAT YOU'D EXPECT FROM STARCK. Try as designers might, bike helmets are rarely a thing of beauty. In fact, the most tantalizing helmets are usually ones that  don't   look like helmets at all . A new take on protective headgear from celebrated French designer Philippe Starck  is clearly trying to make helmet-hair cool. His aluminum helmet is a futuristic number designed to appeal to the cyclist who wouldn't be caught dead in bright plastic safety gear. Starck, somewhat of an environmental crusader (he once designed a personal  rooftop wind turbine ), designed the helmet to accompany a line of electric bicycles he debuted in Germany last month with the French company  Moustache Bikes . (Not the designer's  first foray  into the cycling world.) Read on at FastCompany
Post a Comment
Read more

The bike is good for everything from gravel tracks and dirt roads to pothole-ridden streets — it features a host of premium parts, including a Gates sprocket and belt, Shimano brakes and rear derailleur, and San Marco custom leather grips and saddle. [Canyon]
Post a Comment
Read more

(Left image) Anna Roots, right, on the ride with her friend Rebekah Edgar and (right image) with fellow rowers A woman cyclist knocked down and killed on a charity ride from Lands End to John O’Groats was an elite rower who had represented England. Anna Roots, 34, whose husband Ian is a top British rowing coach, was taking part in a 12-day charity cycle ride with a friend when she was hit by a lorry. She was raising money for leukaemia and lymphoma research when the accident occurred on a stretch of the A836 at Bettyhill in Sutherland, Scotland, on Saturday afternoon. Mrs Roots died at the scene. [Keep reading at London Evening Standard]
Post a Comment
Read more

The Aluboo Story, Part I

By Columbus Rides Bikes - September 12, 2014
The Aluboo Story, Part I from Boo Bicycles on Vimeo .
Post a Comment
Read more

By Columbus Rides Bikes - September 12, 2014
CINCINNATI — On a bike and the light won’t turn green? it’s a problem at many intersections in Cincinnati. That has changed for one intersection in Clifton. The newest traffic signal technology is now working at Central Parkway and Ludlow Avenue. Watch this story It’s a thermal traffic sensor. It detects the heat from cars and bicycles. It also has the technology, that when bicycles are detected, it can be programmed to allow a few extra seconds for the bike to clear the intersection. Mel McVay, Cincinnati’s senior city planner of transportation, said that this intersection has the highest volume of bicycle traffic in the city and the intersection was in need of improvement for bicyclists. “As we receive requests from people saying they are having a hard time triggering signals, we keep track of all of those, and this is one that people on bicycling were having trouble at, getting that green light.” [Keep reading at WLWT]
Post a Comment
Read more

These Cardboard Cargo Carriers Fold Together In Seconds, So Cyclists Can Carry Groceries | FastCompany

Running errands usually requires planning ahead with the right gear. The genius of these sturdy panniers is that you could pick them up at the store. Running simple errands on a bike--like picking up groceries on the way home from work--can be one of the challenges of urban cycling that might tempt people to drive instead. Bike baskets are often heavy and get in the way on crowded streets when they're not in use, panniers are too expensive to leave on the street, and if you don't happen to have a backpack with you, you might end up precariously dangling shopping bags from your handlebars. After cycling around the streets of Vienna for eight years, two architecture students decided to design an alternative: A pair of sturdy cardboard panniers that someone can pick up at a store, fold together, and use to carry a full load of groceries home. "The bike would be the perfect means of traveling through cities if it was not for the issue of shopping and
Post a Comment
Read more

Entrepreneurs, farmers, healthcare workers and students in rural Africa transport heavy loads long distances over rugged terrain to meet basic needs. Compared to walking, bicycles allow people to haul more goods over longer distances in less time - provided the bicycle is strong and durable. In Africa, the disconnect between suppliers and end-users has resulted in bicycles designed to be inexpensive rather than robust; most begin to fall apart within weeks because they are not suitable for rugged terrain and bulky loads. This has dire consequences for people without access to other transportation. World Bicycle Relief has connected rural Africans with bicycle suppliers; the result is a robust bicycle engineered specifically for rural African terrain and load requirements. The Buffalo bike is designed, tested and assembled in Africa with close attention to end-user feedback and rigorous quality control. We are committed to providing the highest quality, most durable bicycles in Afr
Post a Comment
Read more 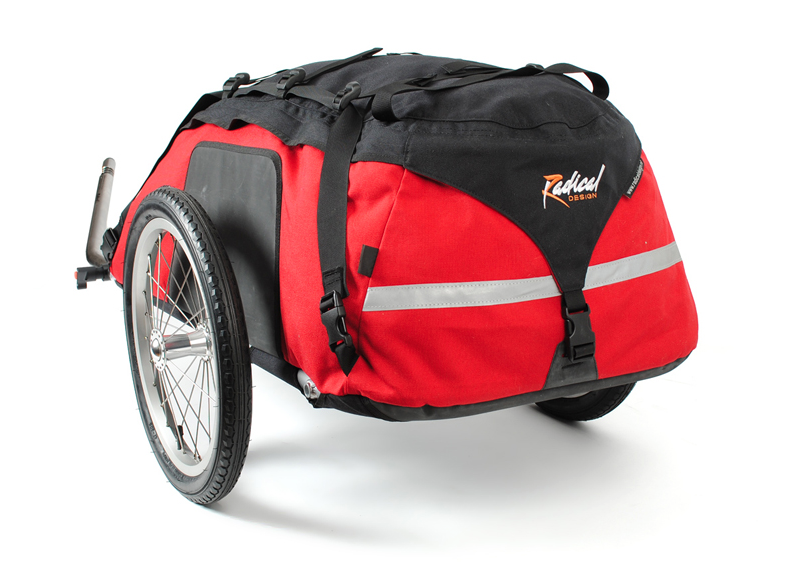 The Cyclone IV trailer is the fourth generation of the multiple award-winning Cyclone bike trailer. The Cyclones have been used all over the world for cycling holidays, long bike rides and even expeditions. Due to its robustness, very low rolling resistance and quick conversion to a duffle bag, the Cyclone IV Trekking is the perfect trailer for any bike trip with luggage. Available in two versions: one for bikes with 16-20 inch rear wheel and one for bikes with 26-29 inch rear wheel. The Cyclone is a two-wheeler so it keeps itself in balance and the behavior of the bike is not affected. You can park your bike with the trailer still attached during a break without risking it to capsize. With the tow bar connecting to the bike's rear hub, your bike's rear is still available for a child carrier or luggage. At home the Cyclone folds away real small, on the road it sports a capacity of 100 liters and 40 kg. The bag opens all around for maximum accessibility, using a 10m
Post a Comment
Read more

Common on European utility bikes, a front wheel stabilizer makes loading front racks simpler.   It is a spring connecting the fork to the down tube. It adds a subtle self centering action to the front wheel, making loading and unloading of a bike with a basket, or say....our Porteur rack....much easier. You don't fight the bike while putting stuff in it. The front of the bike stays put. The spring offers some resistance to steering, so it counteracts deflections from hitting potholes and road debris, too. It's sized for bikes with a down tube of 1-1/4" (31.8mm) or smaller  (get the large size for bikes with thicker down tubes). It connects to the fork via the brake pivot hole. The hole diameter is made for nutted calipers or a M6 bolt. For recessed mount calipers, minor modification with a drill or a file is necessary. You can also use  Sheldon'scan Fender Nuts  to allow the wheel stabilizer to be attached to a recessed fitting, if you don't want to dri
Post a Comment
Read more

Quick facts 3 cyclists (Phil, Tim and Ray) Roughly 40lbs of gear each Food for 3 days 221 miles Ascended 18,475 ft Descended 17,000 ft WV Bikecamping Day 1 From Elkins to Laurel Fork Campground. We started with a 2000 ft climb and a bumpy but beautiful descent. A local kid offered to do a "burnout" on his 4 wheeler, haha. Stopped in Bemis at an interesting combo grocery/bar/hunter check-in station. I think this is where I lost my gloves. We decided to take a shorter route since we were running out of daylight and saw the remains of a car wreck below a washed out road. We setup camp and our neighbor Jack offered to help with a fire and gave us water to replenish our supplies. We ate dinner and then hung out trying to dry off with the fire.  We had rain off and on through the evening. Original Route Alt Route  we took Photos WV Bikecamping Day 2 From Laurel Fork to Gatewood Campground. We had drizzle to start but it cleared later up. We pa
2 comments
Read more
More posts