By Columbus Rides Bikes - November 26, 2011
Hi everyone, It is really going to happen this time! We have a lot going on this winter and wanted to invite you into see the new studio. Door Prizes include Fits, Coaching, TRX Sessions, a Month of Cycling Camp, Power Bar products and more. Plus Open House Specials. Come to the Open House and book a Wobble Naught Laser Precision fit for just 149.95 - (if you don't win) Have you heard of TRX work outs? We have added TRX Full Body Blast workouts to the Studio because we believe it is a very effective way to build cycling strength. What is a VO2 Max test and what do you do with the results - Tim Rucker will discuss the test and how it is used to in coaching cyclists and runners (great for Triathletes).  What is special about Computrainers and how do they make our Winter Cycling Camps an different from your trainer. How is Wobble Naught different from all other cycling position systems. This is a competition proven cycling position system that will make any type of cyclist better. We
Post a Comment
Read more

Live Animation Of A Bicycle Wheel [Thanks Dylan!]

Cartoon: Jeff Darcy  The Plain Dealer Just how highway-focused is the Ohio Department of Transportation under John Kasich? Well, it’s not good. In fact, it’s sort of laughably, hilariously terrible (if you don’t live here, that is). Yes, ODOT is showing its true colors in its dismissive attitude with the West Shoreway  highway-to-boulevard project  that Cleveland has been planning for decades. It’s clear from this case that John Kasich’s ODOT thinks livability projects like highway-to-boulevard conversions are pretty silly. First of all, this project has been advanced by three governors of varying political stripes. Already $400 million in desperately needed investment is underway along the corridor. That money is what we in Ohio call economic development — the sort of thing John Kasich has built his whole governorship around attracting. Okay, here comes the funny part. ODOT let the project go way, way over budget and now there’s not enough to complete the plan. So the
Post a Comment
Read more

From their website: This one is a special project I have been working on in between other builds. It had been a while since I built something for myself so I figured it should be something over the top, and a chance for me to try a few things I had been interested in. It is a whole lot of fun to ride and I am looking forward to more warm weather for longer rides. Some of the features are: internal cable routing, a missing seat tube, aero head tube joint, extended down tube, custom bar/stem combo. [Icarus Frames]
Post a Comment
Read more

Bike Lady is looking to provide 500 bikes this Christmas!

By Columbus Rides Bikes - November 24, 2011
Dear Friends of the Bike Lady, From my home to yours, Happy Thanksgiving! For three years, I have asked you to join me in donating bicycles to the Franklin County Holiday Wish program to benefit local kids under the care of  Franklin County Children Services  (FCCS). To date, your generosity has created immense holiday magic and you’ve given a new bike, helmet and lock to 861 children with a history of abuse and neglect. Earlier today, on Thanksgiving, I looked back at some delivery  video from last year  and I give thanks for your annual support. You are amazing. New kids enter the system every day and you don’t come under the care of FCCS unless you’ve experienced unfathomable trauma, astounding poverty or are completely alone without a single relative to care for you. These kids want a family, stability, security and love. A bike seems miniscule compared to their true holiday wish, but we’ve learned in the past three years that bikes truly change these young lives. And
Post a Comment
Read more

Burn off the turkey: FAT BURNER FRIDAY ride is TOMORROW

Edventure - Because there's a little Edventure in all of us!

93 SOCIAL ISSUES IMPROVE IT: City Biking November 13, 2011 The last week has been tragic for cyclists. On Monday, Jenna Morrison, a 38-year-old mother of one who was expecting another child, was  run over and killed  by a truck while riding her bike in Toronto. Three days prior, 47-year-old Bruce Sims was riding his bicycle when he was  killed in traffic  in Shreveport, Louisiana. Cycling advocates are upset about what they believe are preventable deaths. Dave Meslin of the Toronto Cyclists Union  said the death of Ms. Morrison highlights "the lack of proper infrastructure on the streets". These deaths have highlighted the issue of bike safety - and how cities can be made safer for bicyclists. With that in mind, here are some ideas - and some inspiration - from bike-friendly cities around the world. Change Is Possible - Washington, D.C. In 2002, Washington, D.C. was bike unfriendly, with only three miles of bike lanes. As of 2010, it was named one
1 comment
Read more

By Columbus Rides Bikes - November 23, 2011
I had the chance to meet Dave, the owner of Winooski Bicycle Shop in Winooski, VT. Dave is a very cool and knowledgable guy and it was a pleasure to meet him. He primarily sells Seven Cycles and provides wheel building and repair services. Plus, he dabbles in frame building and frame modifications (see pics). The shop is very eclectic and there is no sign, no website, no social media, no stickers and no business cards. If you get the chance, stop in and say hi to Dave. Enjoy the photos.
Post a Comment
Read more 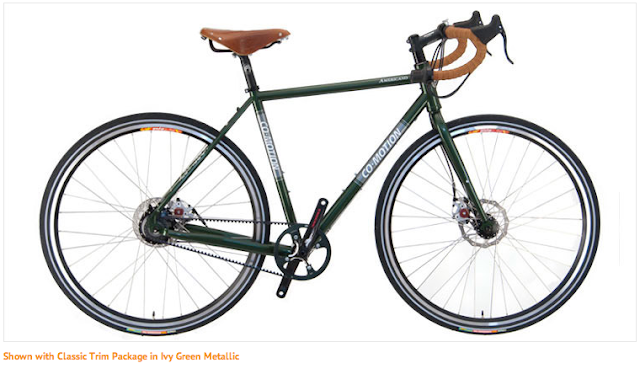 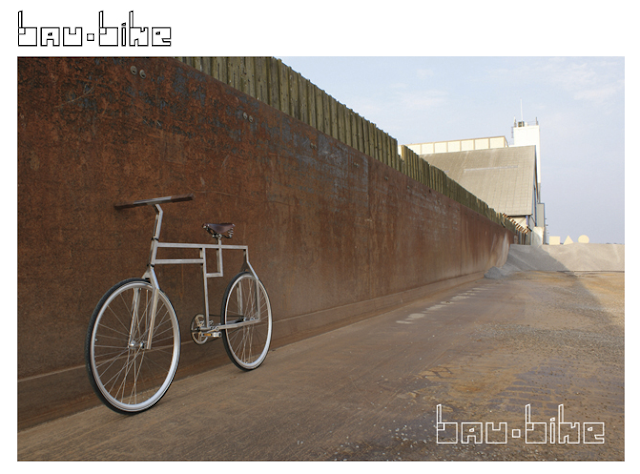 BauBike Designed by Michael Ubbesen Jakobsen The BauBike is inspired by Bauhaus design. It is constructed around the geometric shape of the square and the equilateral triangle. The design is stripped down to clean lines and raw material. The open-end piece above the back wheel, offers the possibility to customize the function of the bike to whatever need you may have. The different accessories can be placed in the tube and can easily be changed if needed. The design follows a set of formal rules, limiting the geometry to straight lines in a pattern of 60 and 90 degree angles in proportions following the principle of the golden section. By limiting the form with a fixed set of design rules and stepping away from the traditional function-oriented approach to the design process, this project transcends the border between design and art, raising fundamental questions about the nature of the bike as design and as a lifestyle accessory and introducing a much needed playfulness on the b
Post a Comment
Read more

Dave from Winooski Bicycle Shop is seen at 3:30 having his CONCRETE real wheel bike being weighed for the competition.
Post a Comment
Read more

Dargelos’s Lightning Vest After years of wearing a bright yellow vest while biking, cyclist Audrey Robinson decided to invent her own reflective safety garment. “I wanted to combine everything that was lacking in that vest into one piece,” said the 32-year-old founder of  Dargelos  (named after the androgynous character in Jean Cocteau’s  “Les Enfants Terribles” ), a company she launched nearly two years ago in Brooklyn, N.Y. The old vest, she said, was unventilated and hot to wear, and it was also very conspicuous. The result, the lightning vest, is a safety vest that can also be worn as an accessory. The vest’s reflective, custom material is lightweight, and its woven design makes it breathable and small enough to fit into a pocket. “It won’t tear—it’s very durable,” said Ms. Robinson, who currently makes every piece by hand. “At first, sales were very international,” said Ms. Robinson, who said she had orders coming in from France, Germany, Australia, Japan, Icelan
Post a Comment
Read more

How Losing My Car Saved My Life

How Losing My Car Saved My Life By Russ  | November 6, 2011 It will surprise some readers to know that, in a not too distant past, before Path Less Pedaled, before  Epicurean Cyclist , and before I was the  bicycling photographer of Long Beach , I didn’t ride bikes, buses or trains. It’s almost embarrassing to admit, especially to our very astute bikey readers, but these things barely registered on my radar. I only relay these not-so-pretty details now to hopefully show others what is possible… just because you have one lifestyle now, doesn’t mean you are doomed to live it until the very end. So yes, dear readers, I drove and drove a lot. I was younger, freshly graduated from college, subsisting on the poor man’s diet of hotdogs and a pack of cigarettes a day. I was working as a graphic designer. Most of my day was spent sitting in front a computer, pushing a mouse around. The rest of it was spent sitting in traffic. Lots of it. This was Los Angeles, the sort of place where
Post a Comment
Read more
More posts