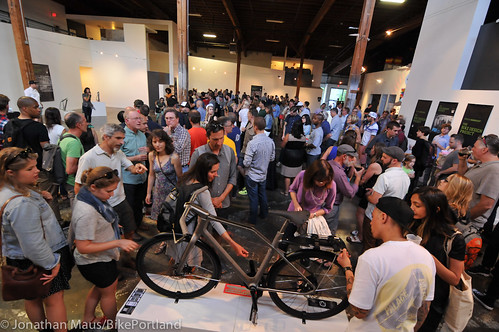 What happens when top design firms are paired with expert bike makers and told to create the “ultimate urban utility bike”? Thanks to the Oregon Manifest Bike Design Project we now know the answer to that question. 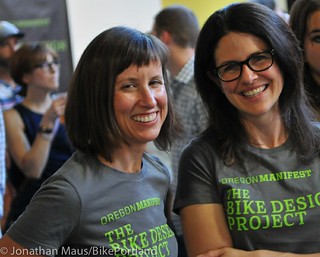 The organizers behind this competition believe that urban bikes get the short end of the R & D stick in the U.S. bike industry. “We think it’s the most important — yet least evolved category,” said event co-founder Shannon Holt, referring to the low priority city bikes are given (compared to racing bikes) by major bike brands.

Holt and her partner on the Manifest event, Jocelyn Sycip, hope the designs created in this competition will influence U.S. bike makers and convince them to take city bikes more seriously. To put a finer point on their goal, they inked a deal this year with Fuji Bikes who has agreed to mass-produce the winning bike. Instead of a judging panel like years past, this year’s winner will be decided by a public vote. Voting opens today and goes through August 3rd.

At Friday’s party, we saw the Portland entry for the first time. It did not disappoint. Dubbed “Solid,” by the team of Industry and Ti Cycles, the bike drew lots of attention. 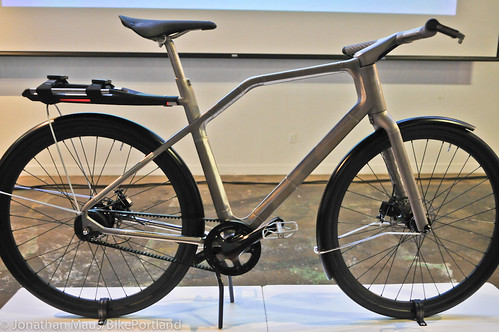 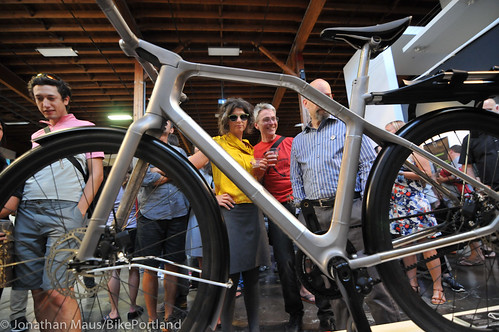 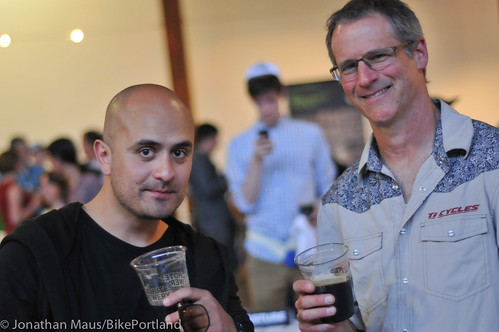 Oved Valadez, founder partner of Industry, and Dave Levy, owner of Ti Cycles.
To create the Solid concept bike, the designers leaned heavily on the expertise of Dave Levy, a man with nearly three decades of custom frame building under his belt. Using a 3D printer, Levy and the Industry team designed tubes and parts out of titanium. It was a process Levy had never gone through before and he was quite excited to tell me about it…

“With the printer, you can make shapes and pieces that it’s impossible to make any other way. You can vary wall thickness, vary shapes, and you can put material in areas it’s not possible to do any other way. Take the fork crown for instance. It has an interior structure that’s like a lattice. It looks similar to the structure you see inside of a bone. There are thin walls on the outside that are skins, then a lattice work that spreads loads to all the different points internally.”