A bike tour of all 50 states? Retired teacher, 71, did just that | Tampa Bay Times 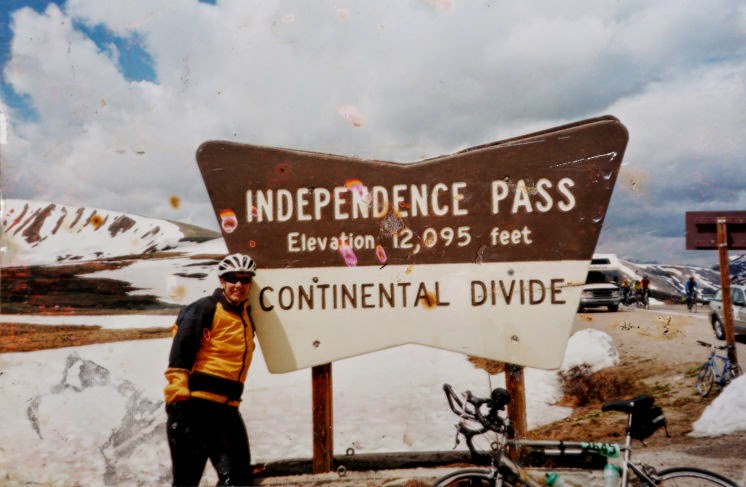 The retired middle school teacher, originally from Long Island, points to a map of the United States that takes up most of one wall in her study. It's dotted from east to west and north to south with dozens of yellow Magic Marker lines — and that's what she wants to talk about.
They trace the routes of the bicycle tours that have taken her to every state in the nation, an accomplishment she has been able to boast about since June 14 when she finished a 575-mile ride across Kansas, her 50th state.
She said she has always liked bicycling and went on her first organized tour, Bike Florida, in the early 1990s, while still teaching at Tarpon Springs Middle School. From that point until she retired in 2005, she went on a tour a year. Since then, she said, it has been two or three.
How it works
Most are camping tours, she said. That's when the riders pitch tents, which they bring along with their supplies and load on a truck that accompanies them from stop to stop — most of the time on the grounds of high schools along the route. They usually are run by charities or biking organizations or state agencies of some sort, Franz said.
Others are hotel-motel tours run by companies as businesses. Those are much more expensive, with lodging and food included in the cost.
Before a tour starts, riders are given maps that detail each day's ride, not unlike AAA's TripTik planners. Sometimes Franz brings her own bicycle, shipping it ahead; other times, she rents one. The cost is about the same, $175.
She has participated in coed tours and women's tours. The riders are of all ages, but most, she said, are between 50 and 70.
"Women's tours pamper women. If someone can't make the ride that day — like if you are supposed to go 80 miles but can only go 20 — a van will pick you and your bike up and take you the rest of the way," she said.
You have to be fit and have stamina, but the riders in her photos look like regular people with average bodies, not all buffed and toned with leg muscles of steel.
[ Read the rest of the story at tampabay.com ]