By Bill - August 01, 2014
A designer has an idea of how to make drivers take more caution around cyclists: Help them see bikers as people, not obstacles. 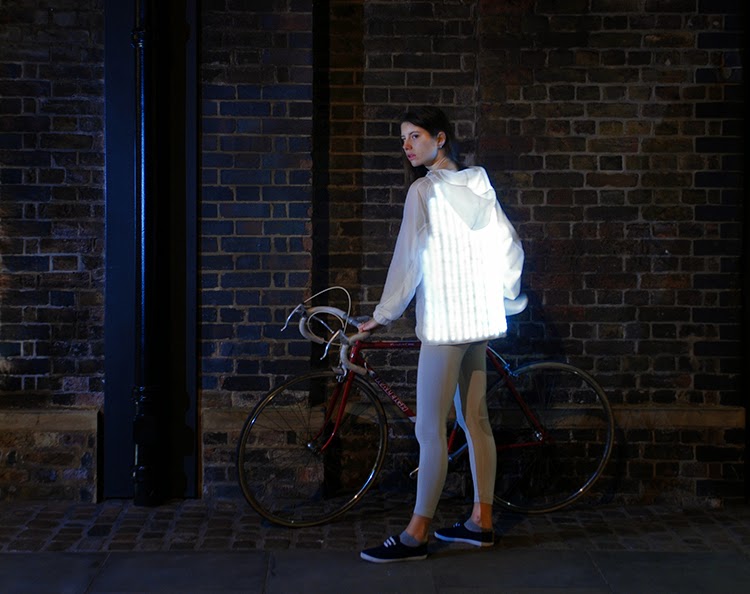 When London started adding more bike lanes, more commuters started cycling to work. But if you watch the city streets at rush hour, you'll notice something: Almost all the cyclists are men. British women are four times less likely to ride.
The same trend happens in the U.S., where only about a quarter of regular bike commuters are female. A new jacket, designed by London-based designer Will Verity, is intended to help get more women riding by tackling their main concern--most just don't feel safe weaving through cars and trucks in heavy traffic.
The jacket uses sensors to tell if a car or bus is approaching, and then starts flashing LED lights. As cars get closer or drive faster, the lights flash more quickly. The design is inspired by animals that use visual signals to keep predators away. It's also carefully constructed to look different from the usual bike safety gear...
Read on at FastCompany