Is This The World's Best Bike-Share Bike?

By Bill - October 14, 2014
These electric bikes eliminate almost every excuse you have not to ride.

Twenty years ago, Copenhagen was the first large city to start a bike-share program. Now that there are well over 500 cities with bike sharing, the Danish capital--which brands itself as the "world's cycling capital"--has reinvented bike sharing again. Its new fleet of electric, Wi-Fi-connected bikes are designed to get more non-cyclists to ride.
"When [the city and partners] began a process of upgrading the existing bike-share system, they took a look at systems in cities like Paris, London, Berlin, Amsterdam, and Barcelona," says Torben Aagaard, CEO and co-founder of Gobike, the company supplying the new bike. "They wanted to have a system that was even better than all the existing examples they could see."
The new bikes, which began rolling out earlier this year, aren't cheap to make, but each detail is designed to lower the barrier to ride. A theft-proof tablet attached to the handlebars offers navigation (far easier than trying to read a tiny smartphone screen), and has built-in links to the rest of the city's transportation system. If you want to check train times and get directions to a particular station, you push a button. 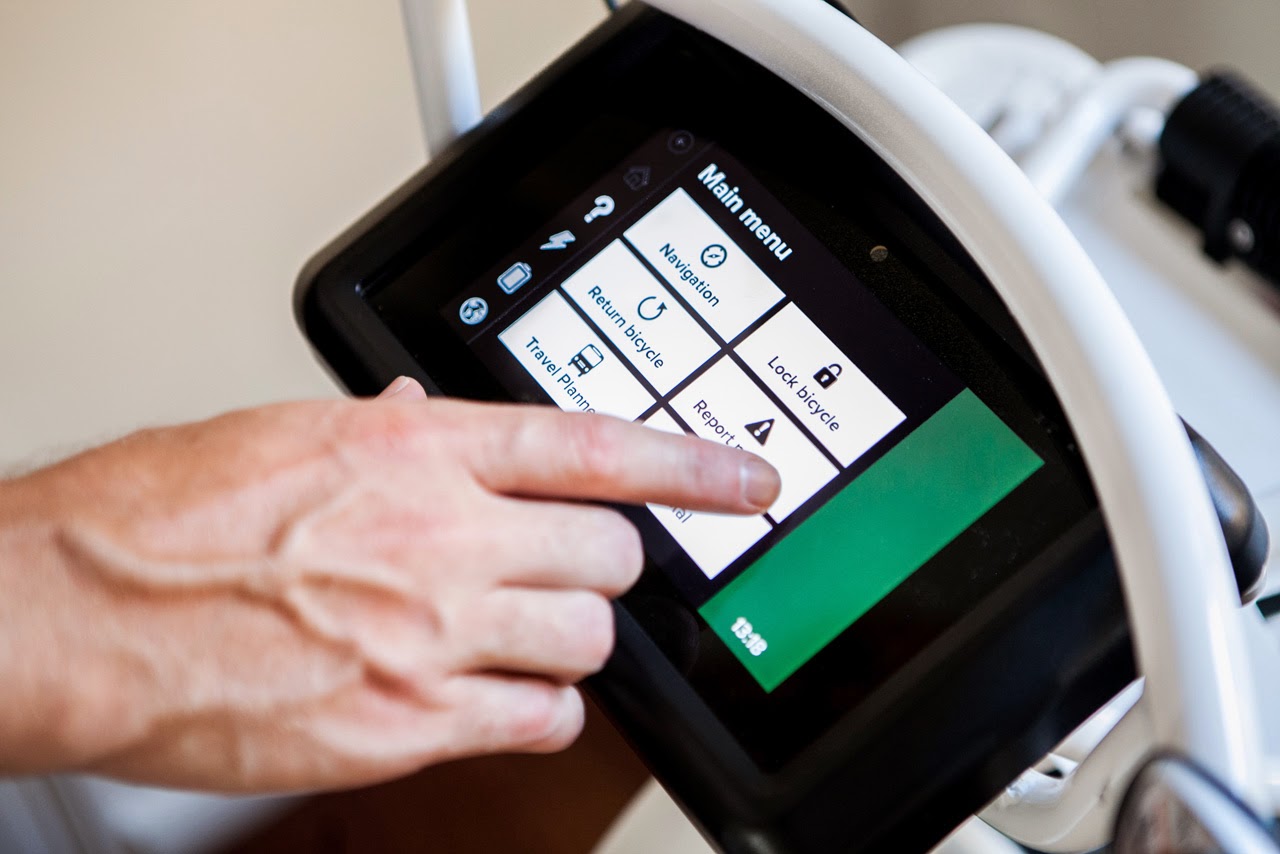 The bikes are always online, so the city can track usage patterns and user routes, and can track where each particular bike is located. The wireless system allows for another small feature that makes the bikes much more convenient: Instead of searching for a station to dock the bike in at the end of the ride, cyclists have the option to leave them anywhere. If you aren't going somewhere that happens to be near a bike-share station, or if you want to make a stop along the way, you can use a digital lock to secure the bike.
"Users can start a trip from a station, meet a friend for a coffee and lock the bike outside the coffee shop, and then come back to the bike and continue the trip," explains Joel Thomas Mulligan, senior project manager at Gobike. "A businessman can start a trip at a docking station and take the bicycle to a meeting." If a particular docking station happens to be running low on bikes, the system pings the cyclist and offers a discount to return it there, helping save the city money on moving bikes around.
The bikes are also electric. Even though Copenhagen doesn't have the hills of, say, San Francisco, the extra assistance from the motor has already made a difference in getting people to ride. The system isn't designed for the many Copenhageners who already have bikes, but for those who happen to be visiting or commuters from the suburbs...
Read on and see more pics at FastCompany